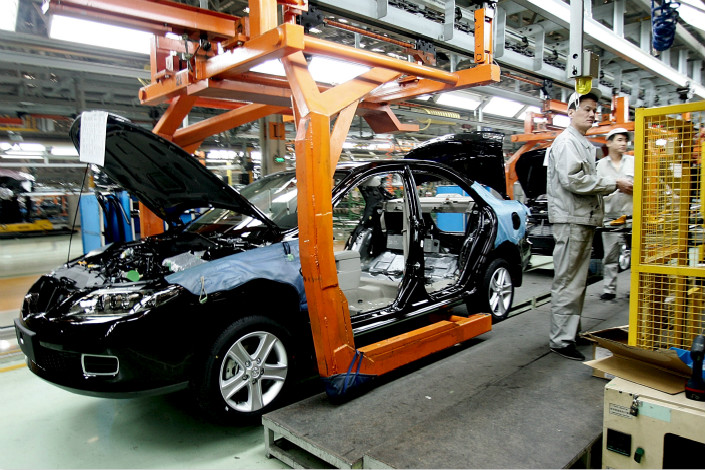 FAW Group currently owns 47.73% of Xiali, meaning FAW’s own stake would be reduced to 23% with such a sale and the buyer would become the unit’s largest and controlling stakeholder. Pictured is a FAW production line in Jilin province. Photo: Visual China

Automobile giant FAW Group is looking to sell a controlling stake in one of its money-losing car units, aiming to transform Tianjin FAW Xiali Automobile Co. Ltd. into the newest member of a crowded field of new-energy vehicle makers.

China’s oldest carmaker said it is looking for a buyer for 24.73% of Xiali now held by one of its units, according to an announcement issued late on Monday. The group currently owns 47.73% of Xiali, meaning FAW’s own stake would be reduced to 23% with such a sale and the buyer would become the unit’s largest and controlling stakeholder.

The Xiali unit, whose Shenzhen-traded shares have been suspended since September, has struggled for an audience in a Chinese auto market that is at once the world’s largest but also one of its most competitive. The company’s sales slid 31% in the first nine months of the year to just 18,611 vehicles. It posted a net loss of 680 million yuan ($103 million) in the first six months of the year on 620 million yuan in sales.

Not long after Xiali’s shares were suspended, talk emerged that appliance giant Gree Electronics was in discussions to buy a stake in the unit. Gree denied those rumors at the time, though a knowledgeable source told Caixin some discussions did occur but ultimately failed to produce a deal.

The FAW unit that currently holds the Xiali stake said it hoped the new buyer could eventually inject assets that would transform the company into a new-energy car-maker. It added that it was seeking to identify interested parties through Nov. 20, and that buyers with such new energy assets would be given preferential treatment in the process.

The asset could prove attractive for companies looking to get into the new-energy car business, which is being aggressively promoted by Beijing in a bid to clean up the country’s polluted air and create technologies that can be exported. New rules announced this year will require all car-makers to record roughly 10% of their sales from such new-energy vehicles, which include electric and hybrid models, starting in 2019. Companies that can’t meet that quota can buy credits from other manufacturers that exceed the 10% threshold.