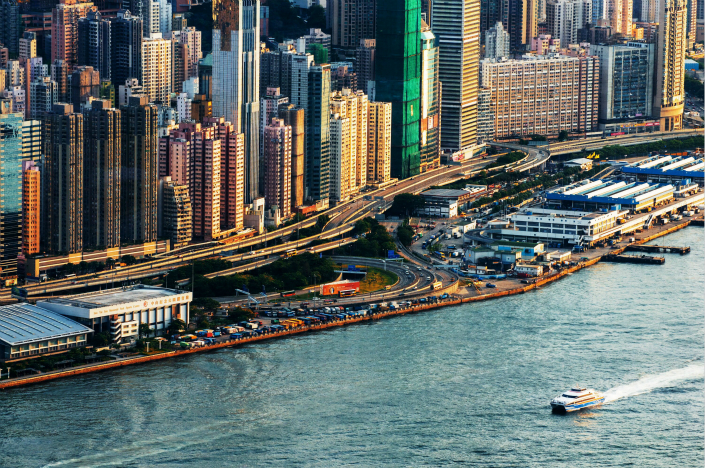 Hong Kong’s Task Force on Land Supply has endorsed six proposed land reclamation projects that could add as much as 1,490 hectares (5.75 square miles) to the special administrative region’s land area by 2030.

The proposals include a 1,000-hectare artificial island in the waters between Hong Kong Island and Lantau Island to the southwest, according to a government document published late Tuesday.

The recently formed task force — part of the city’s Development Bureau — met Tuesday to discuss the projects, as well as the use of caverns and underground spaces for public infrastructure.

The government decided on the six locations after conducting a study from 2011 to 2014 and seeking opinions from the public.

A seventh project, off Lantau, previously passed the approval process and will begin construction soon. The approximately 121-hectare Tung Chung East extension will be able to house an estimated 40,800 apartment units, and around 877,000 square meters (9.44 million square feet) of commercial space, according to the document.

Hong Kong is located at the mouth of China’s Pearl River Delta, which in recent years has been dramatically altered by massive reclamation projects on the Chinese mainland.

Although about 25% of space-scarce Hong Kong’s total developed area consists of reclaimed land, there have been no large-scale reclamation projects since the 2000s, the task force said.