Sina Avoids a Shakeup, but Will Change After Shareholder Vote 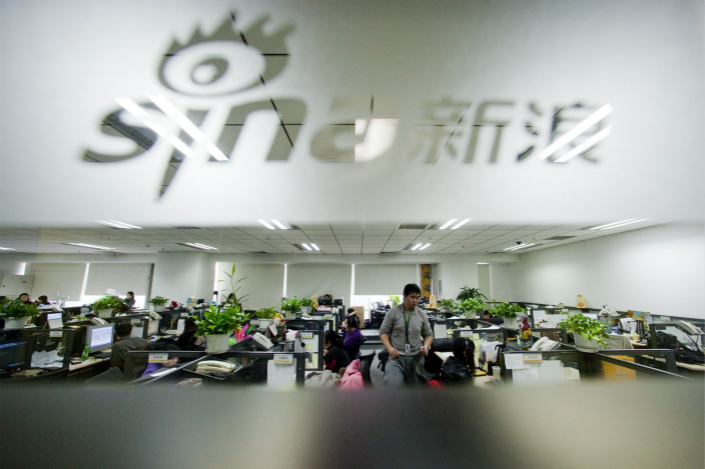 Although he lost his bid for a seat on Sina’s board, alternate candidate Thomas Manning received 77% of approval votes from independent shareholders, besting long-serving board member Zhang Yichen in the eyes of shareholders with no ties to management. Photo: Visual China

Independent shareholders of Sina Corp. picked a board nominee put forth by a dissident shareholder pushing for radical change at China’s leading web portal, but an incumbent was ultimately re-elected by a big majority due to support from top managers.

Those results prompted Sina, one of China’s oldest internet companies, to say it would seek more independent members to its board, even as it also took action to avoid future proxy battles, the company said on Tuesday in announcing final results of the vote.

Final results of the hotly contested election showed that long-serving board member Zhang Yichen received about 75% of votes cast by independent shareholders at the company’s annual election, according to calculations by Caixin. That figure excludes the nearly one-third of Sina’s shares controlled by CEO Charles Chao, who had voiced strong support for Zhang. Including Chao’s votes, some 86% of all votes cast approved of Zhang, giving him an overwhelming win in the election.

Both Manning and Krause had been nominated by dissident shareholder Aristeia Capital, which had argued that Sina’s shares were grossly undervalued. It pointed out that Sina’s sizable stake in the Twitter-like Weibo Corp. alone was worth more than Sina’s entire market value, and said the stake should either be sold off or that Sina itself should be put up for sale.

“While we are disappointed by this outcome, we are extremely encouraged by the fact that the majority of independent, noninsider shareholders voted to support at least one of our nominees and our case for change — underscoring the need for new voices in the Sina boardroom to help improve corporate governance and reduce or eliminate the company’s massive valuation discount,” Aristeia partner Robert Lynch said after preliminary results were announced last week.

“Shareholders have sent a strong message to the company that change is needed and that the status quo is unsustainable and unacceptable.”

Acknowledging the frustration of independent shareholders, Sina is launching initiatives to improve its board structure, the company said in a statement included with the final vote count. Specifically, it said the board was forming a committee to “commence an active search of highly qualified independent director candidates who have suitable credentials and backgrounds that complement the existing board and can bring additional value to the company.”

But Sina also announced it had launched a plan that effectively boosted Chao’s voting power to well over 50%, saying such a move was designed to “protect (Sina) from potentially disruptive and value destructive situations in the future.”