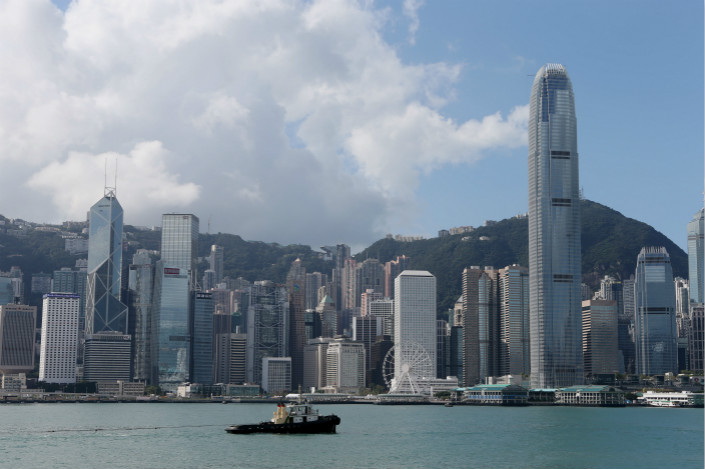 The Hong Kong Stock Exchange said its third-quarter net profit rose to $2.03 billion from $1.54 billion a year earlier, due in part to increased revenue from higher trading and clearing fees. Photo: IC

Volumes on the trading links between mainland and Hong Kong stock markets rose to a record in the third quarter, the Hong Kong Stock Exchange said, after posting a 32% year-on-year net profit growth for the quarter.

Growing offshore enthusiasm for China A-shares after MSCI decided to include them in its global indexes in June, as well as “growing interest among Mainland investors in Hong Kong listed equity investments,” have boosted flows in both directions, the bourse said in its quarterly report, issued Wednesday.

In the three months ended Sept. 30, average daily turnover of northbound trading — by Hong Kong-based investors trading in Shanghai and Shenzhen — through the two stock links was up 11% from the previous quarter, according to the report.

Meanwhile, southbound trading — from mainland investors trading in Hong Kong stocks — was up 28% from the second quarter.

The Hong Kong Stock Exchange also said its third-quarter net profit rose to $2.03 billion from $1.54 billion a year earlier, due in part to increased revenue from higher trading and clearing fees, and listing fees from a growing number of listed companies.

The Shenzhen and Shanghai links, formally known as stock connects, designed to be mutual access between the Chinese mainland and offshore stock markets. Trading volumes have been gradually gathering steam despite slow starts after their launches in 2016 and 2014 respectively.

In the first half of 2017, trading among the three stock exchanges more than doubled from a year ago, although they still accounted in total for less than 3% of the Hong Kong Stock Exchange’s revenues.

By the third quarter, revenue generated for the Hong Kong bourse by the two stock links in the first nine months of 2017 came up to a total of $277 million, more than double the $117 million they generated in the same period last year.

Southbound trading was minimal in comparison with northbound activity in the early days of the mutual-access programs. But by Sept. 30, net inflows to Hong Kong had grown for 23 consecutive months, the report said.

Far more Shanghai-based investors than Shenzhen-based ones are trading in Hong Kong stocks, with the average daily turnover of southbound trading through the Shanghai link reaching $6.9 billion in the first nine months of this year, compared to $1.8 billion moving through the newer Shenzhen link.