‘Made in China 2025’ Could Raise Tensions With Trade Partners, Ex-U.S. Official Warns 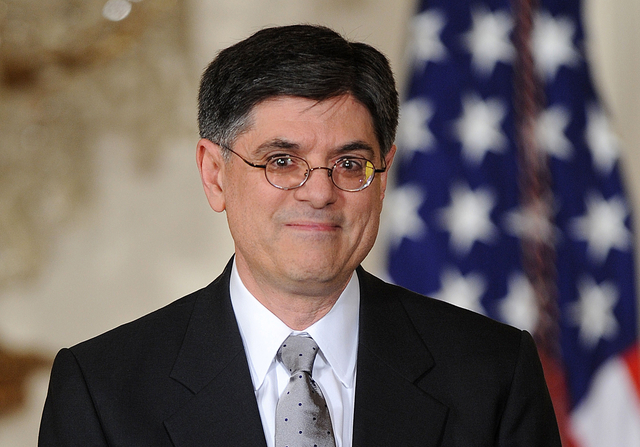 Former U.S. Treasury Secretary Jack Lew said Wednesday that China's "Made in China 2025" plan could be "a source of tension" with other countries if the plan "appears to violate norms of either intellectual property or security concerns in other countries." Photo: Visual China

China should be aware that its plan to upgrade domestic industry could spark tension with its trade partners, former U.S. Treasury Secretary Jack Lew said on Wednesday.

Lew warned that Chinese officials must be careful that China’s “Made in China 2025” plan will not lead to actions “that appear outside of China to be either unfair in terms of trading practices or in terms of how intellectual property is treated.”

“If (China) does it in a way that appears to violate norms of either intellectual property or security concerns in other countries, it can be a source of tension,” he said via a video link from New York at the 8th Caixin Summit in Beijing.

China launched the “Made in China 2025” plan in 2015 as the government tried to steer more funding away from speculative activities and into the real economy, while seeking to encourage companies to upgrade their technology.

U.S. President Donald Trump, who earlier this month described his country’s trade deficit with China as “embarrassing” and “horrible,” has made narrowing the gap one of its top priorities. His administration has slapped anti-dumping tariffs and other punitive taxes on a range of Chinese imports such as aluminum. The administration has also toughened its stance on Chinese investment in the U.S., and is considering an investigation into whether Chinese companies are stealing intellectual property from U.S. companies.

Data from China’s customs administration put the imbalance in the first 10 months of 2017 at $223 billion, although U.S. government figures show the deficit was $274 billion over the first nine months of the year.

Although Trump touted the $250 billion in business deals that were signed during his visit to Beijing last week, he did not suggest an easing of bilateral tensions. He said the two countries “must immediately address the unfair trade practices” that drive the U.S. deficit, along with barriers to market access, forced technology transfer, and the alleged Chinese theft of intellectual property.

As part of agreements made during Trump’s trip, China will allow foreign investors to own up to 51% of any joint venture in the securities, funds and futures industries and phase out the cap three years after it takes effect.

Lew hailed Beijing’s announcement as “an important move,” but urged China to do more to open up its financial sector.

Lew served as Treasury secretary in the Barack Obama administration from February 2013 until January. Lew previously was Obama’s White House chief of staff for a year, and director of the U.S. Office of Management and Budget for 14 months in the Obama administration and for over two and a half years in the Bill Clinton administration.