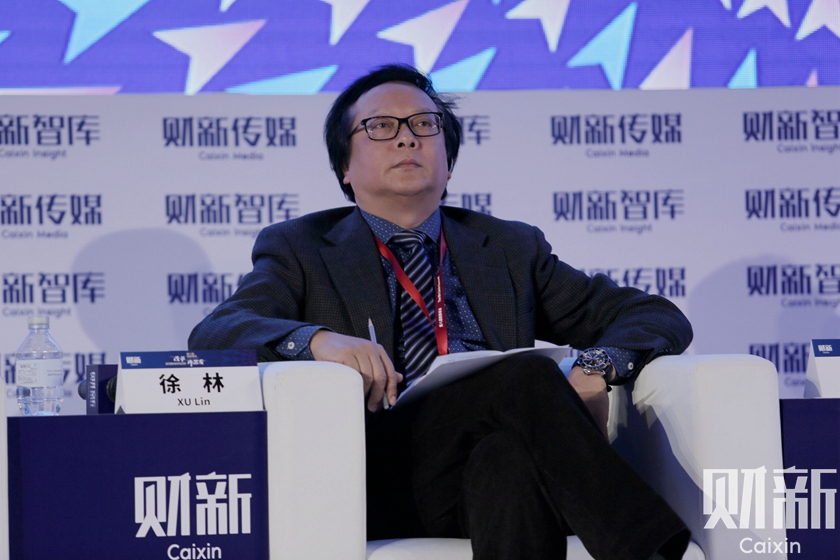 Xu Lin, director general of the China Center for Urban Development, of the National Develop and Reform Commission, said that rural residents who came to cities with hopes for a better life were not accepted as citizens and have been excluded from the welfare systems enjoyed by their local counterparts. Photo: Du Guanglei/Caixin

China should give migrant workers better access to local welfare systems and should improve urban planning to invigorate development, according to an official at one of the country’s urban development agencies.

Speaking Thursday at the 8th Caixin Summit in Beijing, Xu Lin — director general of the China Center for Urban Development, of the National Develop and Reform Commission — noted the vital role migrant workers have played in helping China’s cities thrive.

Xu said a large number of rural residents who came to cities with hopes for a better life were not accepted as citizens and have been excluded from the welfare systems enjoyed by their local counterparts.

“They are discriminated against in terms of social welfare,” Xu said.

China’s urbanization rate reached 57.4% by the end of 2016, and nearly 60% of the country’s 1.4 billion people now live in cities and towns, according to official data.

Xu suggested that cities should allocate more public resources to migrant workers, and should give those who have stable employment the option to transfer their rural hukou – or household registrations – to the cities, which would give them access to urban welfare systems.

Improved urbanization is crucial as China weathers a profound change in its economic model, from high-speed to high-quality growth, Xu said.

Better city planning can help with problems such as urban sprawl and the mismatch of high-density populations with low-quality infrastructure, he said.

A more open and business-friendly environment could encourage market players to drive innovation, Xu said, which will upgrade industry and rejuvenate the business landscape.

“We should pay more attention to building quality in the next stage,” Xu said. “We should spend more money per square meter, to extend the life expectancy of buildings, and spend more on environmentally friendly buildings. This may initially cause a rise in costs, but will result in sustainable development later. It’s worth it.”