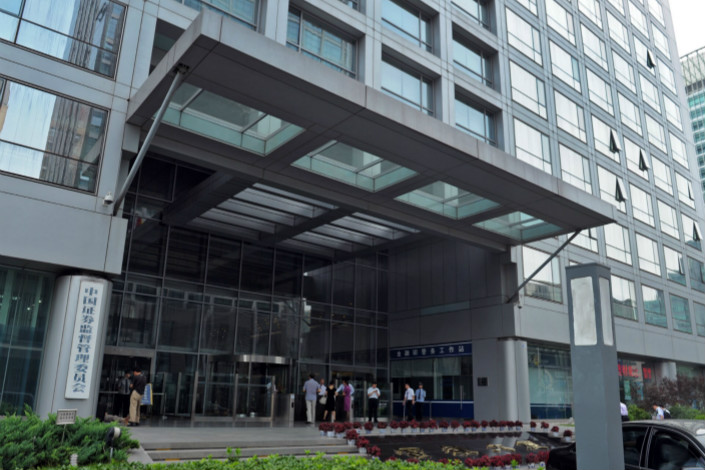 As part of an organizational reshuffling, Lu Dongsheng has rejoined the China Securities Regulatory Commission (CSRC) as an inspector at its futures supervision department. Above, the CSRC headquarters is seen in Beijing. Photo: IC

The China Securities Regulatory Commission (CSRC) has promoted Luo Hongsheng to director of the futures supervision department, the sources told Caixin. Luo was previously an inspector at the regulator’s personnel and education department. He succeeds Ran Hua, who became deputy mayor of Nanjing in July.

Lu Dongsheng, previously deputy general manager of the China Financial Futures Exchange (CFFE), has rejoined the CSRC as an inspector at its futures supervision department, the sources said.

In 2006, Lu joined the CFFE from the CSRC, where he handled corporate affairs at the futures supervision department. In 2011, Lu was promoted to deputy general manager of the country’s major derivative trading and clearing platform.

Earlier this month, the CFFE picked a new leader internally after Chairman Zhang Shenfeng left for a senior role at the CSRC in August.

Hu Zheng, former general manager and one of the directors of the CFFE, was promoted to replace Zhang, according to an internal memo dated Nov. 6. Zhang left the futures exchange to become assistant chairman of the regulator.

In August, the CSRC ended all restrictions on exchange-traded derivatives, one and a half year after stock-index futures became the target of a crackdown as regulators saw futures trading had exacerbated the 2015 stock-market crash. China’s stock market lost more than 40% of its value during that rout.