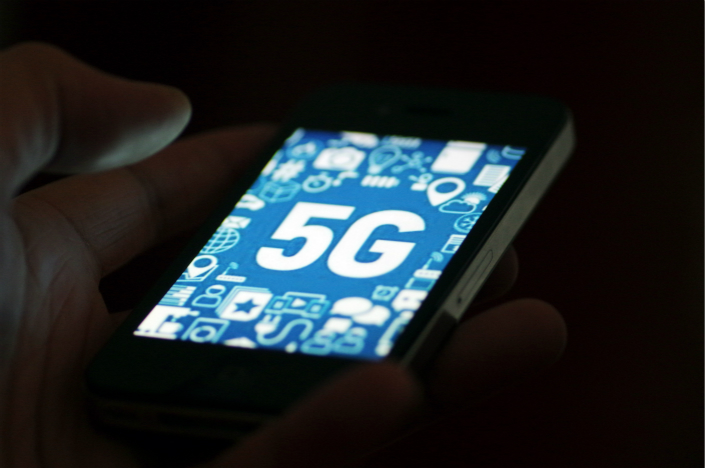 The technology that China Mobile, ZTE and Qualcomm announced is expected to speed up the commercial roll out of 5G networks, which can achieve peak-data rates at least 20 times faster than current 4G networks. Photo: Visual China

Two Chinese telecom giants together with Qualcomm announced a major milestone for research into fifth-generation (5G) mobile networks, as carriers across the world race to build systems that can transmit several gigabytes of data per second.

Billed as “the world’s first end-to-end 5G new radio Interoperability Data Testing (IoDT) system,” the technology is expected to speed up the commercial roll out of 5G networks that can achieve multi-gigabits-per-second peak-data rates, or at least 20 times faster than current 4G networks.

China aims to start rolling out 5G services commercially by 2020. This would allow users in the world’s biggest mobile market to stream high-definition video, access immersive virtual reality and augmented reality experiences, and have more stable connections for their driverless cars or drones.

The breakthrough for China Mobile was the first since it started partnering with ZTE and Qualcomm to develop its own technology in February. Research following guidelines of China Mobile, which took place at the telecommunication company’s 5G innovation center, utilized ZTE’s base station and Qualcomm’s 5G prototype system that operates in the sub-6 GHz spectrum bands.

The achievement will contribute to “the timely launch of standard-compliant commercial networks,” said Cristiano Amon, executive vice president of Qualcomm Technologies Inc., a subsidiary of Qualcomm.

China, which was a late adopter of 4G technology, is now racing to be among the first to upgrade its communications infrastructure to 5G and develop technology that can be sold to other developing nations. America’s third-largest mobile operator, T-Mobile, announced plans to roll out its 5G network across the country by 2020, Reuters reported Thursday. Besides that, South Korean telecom company KT Mobile is planning to offer visitors to the 2018 Pyeongchang Winter Olympics their first 5G experience, while Japanese mobile carriers NTT Docomo and KDDI are separately developing the technology ahead of the 2020 Tokyo Olympics.