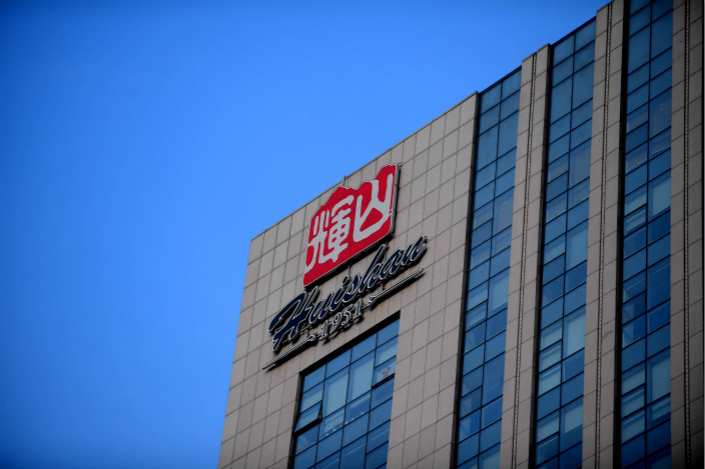 China Huishan Dairy Holdings Co. Ltd. has asked its lawyers to begin provisional liquidation of the heavily indebted company, according to a disclosure filed to the Hong Kong Stock Exchange late Thursday.

The request marks the beginning of the end for a company whose dramatic saga has involved a record-breaking stock drop, a vanishing vice president, and tens of thousands of rented cows.

Huishan, northeastern China’s largest dairy producer, said earlier that it owed 26.7 billion yuan ($4.03 billion) in debt as of late March. But some estimates of Huishan’s total liability, taking into account fundraising through peer-to-peer lending and other channels, placed it at around 40 billion yuan.

According to Thursday’s disclosure, the company’s subsidiaries in China “could have” had 10.5 billion yuan worth of liabilities as of March 31, though it was unclear how much of this amount was already included in the 26.7 billion yuan in debt it acknowledged earlier in the year.

The news came days after Huishan said more than half of its creditors have agreed to a debt restructuring plan that followed months of disagreement over one.

After Huishan’s $1.3 billion initial public offering in 2014, declining domestic raw milk prices and weak demand for China-produced dairy products shrank earnings for the country’s milk producers. However, even as major raw-milk producers suffered losses in the first half of 2016, Huishan managed to post profits.

To raise funds for its investment projects, the company took out hefty loans, and even agreed in April 2016 to sell 50,000 dairy cows, which the company would then lease back, to Guangdong Yuexin Finance Lease Company Ltd. for 1 billion yuan.

In December, U.S. short-seller Muddy Waters published a report accusing Huishan of fraudulent practices, including misreporting profits and lying about the self-sufficiency of its alfalfa business. The report also said the company appeared to be “on the verge of default due to its excessive leverage.”

After a brief drop, the company’s shares recovered in the wake of the allegations.

On Mar. 21, Huishan lost contact with its vice president, Ge Kun. The company later said that “recent work stress had taken a toll on her health,” according to a stock exchange filing from later that month. Ge had been in charge of the company’s treasury and cash operations, Huishan said.

Then, on, March 24, Huishan’s shares dropped 85% in the largest-ever intraday fall on the Hong Kong Stock Exchange amid speculation that the company was unable to repay its debts. The company had met with 23 creditor banks the day before to discuss late loan payments, Huishan later said, while denying several rumors, including one that Huishan Chairman Yang Kai had embezzled 3 billion yuan from the company.

Huishan began working on a debt restructuring plan in July, but its troubles continued to grow. In September, HSBC Holdings PLC demanded that Huishan immediately repay $206.4 million in outstanding loans and unpaid interest.