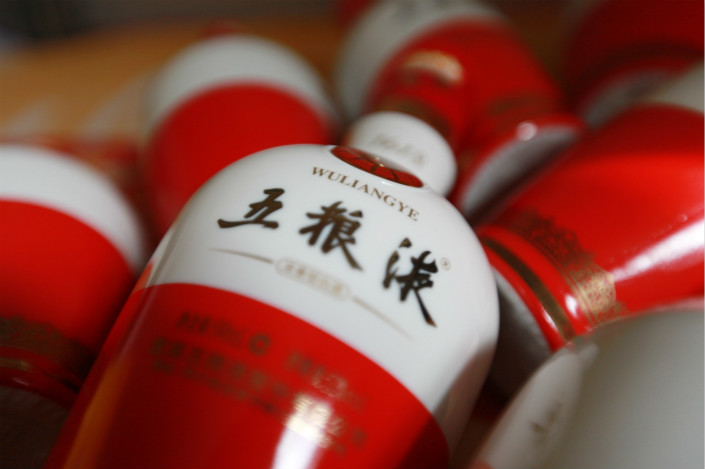 The wuliangye style of Chinese baijiu — the country’s strong, popular liquor — goes back hundreds of years, to at least the Ming Dynasty. But that isn’t stopping the leading maker of the spirit — Wuliangye Yibin Co. Ltd. — from changing with the times.

The company has just launched a mobile app with an online store, which offers its own products as well as popular foreign alcoholic beverages.

Supplementing this digital presence are six newly opened physical stores, in major cities including Beijing and Shanghai, which will fulfill online orders and offer consumers an in-store experience

Wuliangye will eventually equip the outlets with cutting-edge automatic retail features, such as facial recognition and digital payment technologies, the distiller said in a statement.

Although the Chinese distiller already has online stores on third-party marketplaces such as Alibaba’s Tmall, its self-developed online channel will be the first time its digital and physical presences are directly connected, said Zhu Danpeng, a food and beverage industry analyst with the China Brand Research Institute. Users of the app, for instance, can view a map showing the nearest store selling Wuliangye in their area.

The move is the latest in a wave of traditional Chinese spirit-makers seeking to diversify sales channels, revive sales and adapt to the internet age. Such companies have suffered fluctuating profits in recent years — especially after 2012, when Beijing launched an anti-graft campaign that targeted bribery, which sent fear through the baijiu industry, because the liquor is a popular gift and social lubricant for deal making.

Wuliangye saw strong profits leading up to the government crackdown, and two years of declines after. Since 2015, growth has resumed but at a modest less-than-10% per year. Top baijiu producer Kweichow Moutai Co. Ltd. has experienced similar profit-growth patterns.

In 2015, Moutai itself launched an online sales platform, including a website and a smartphone app. But results were unremarkable, with the company saying in its latest annual report that “the e-commerce channels are just taking shape,” without offering details.