Is the Listing Back Door Back Open? 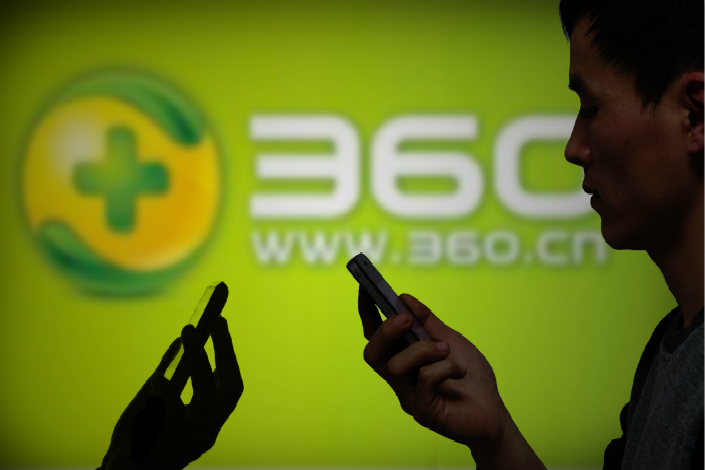 The return of the Chinese cybersecurity firm Qihoo 360 to the Shanghai Stock Exchange via a backdoor listing has led some to wonder if the China’s securities regulator has turned soft on the reverse takeover. Photo: Visual China

Some market participants said they are getting mixed signals.

For more than a year, backdoor listing, in which an unlisted company acquires a listing status by “reverse merging” into another listed “shell” company, fell out of China Securities Regulatory Commission’s (CSRC) favor. The regulator had said the hunting of small, usually not-so-profitable listed firms as shells led to speculation, adding risks and volatility particularly to smaller stocks.

However, the return of formerly U.S.-listed leading Chinese cybersecurity firm Qihoo 360 to the Shanghai bourse via a backdoor listing, announced Nov. 3, led some market participants wonder if the regulator has turned soft on reverse takeover.

After the news broke, few companies that were deemed having “shell” qualities – small market capitalization, low profit growth – rose to their daily 10% limit.

Fueling the hype, ironically, was also a statement from the CSRC, issued the day after Qihoo 360’s plan was unveiled. A spokesperson from the CSRC said China is supportive of mergers and acquisitions in A-share stock markets initiated by so-called “red chip” stocks – mainland Chinese companies incorporated and listed offshore. Although the spokesperson did not say whether reverse takeovers are included, some market participants interpreted this as another sign of the regulator loosening its grip on mergers in general.

As of Nov. 9, only eight backdoor listings were completed this year, down sharply from 27 in 2016 and 37 in 2015, according to data from eastmoney.com.

Shockwaves across the market

On Nov. 3, Shanghai-listed elevator maker SJEC Corp. said it plans to issue new shares to acquire Qihoo 360’s assets, which are valued at 50.4 billion yuan ($7.59 billion), according to SJEC’s regulatory filings. The new shares will be sold to Qihoo 360’s 42 existing shareholders that privatized the company last year for $9.3 billion. The company was delisted after the buyout.

Following the share sales, SJEC’s elevator-making assets will be spun off to two companies owned by its current controlling shareholders for 1.8 billion yuan. After that, SJEC will effectively become the listing vehicle of Qihoo 360.

Nearly 90% of stock investors in China are retail ones. Some investors purchase shell companies for short-term gains, said Wu Qing, the chairman of the Shanghai stock exchange. Such speculations are not creating a healthy investment environment, Wu said.

Usually, backdoor listing gets popular when the IPO market is in a lull. It is because both have the same goals: raising funds and gaining a listing status.

In the past, merger and acquisition rules were sometimes among the first to be reviewed when a new leadership took over the CSRC. When Liu Shiyu took over the helm in February 2016, the market expected the regulator might have new policies.

In June, Liu urged brokerages to put more efforts in facilitating corporate mergers and restructuring to rejuvenate the market. Liu’s statement was seen by many market participants as a signal of easing control on mergers in general. Also, high on the Shanghai stock exchange’s agenda is how to lure offshore-listed Chinese technology companies back to China’s stock markets.

Moreover, Liu appears determined to speed up IPO approval process. He vowed to reduce the backlog of hundreds of companies awaiting IPOs within two years, and stressed that timely IPO should be ensured for companies with sound business conditions.

The backlog of IPO applications remains huge, with 560 companies on the waiting list as of Oct. 27, according to CSRC data.

“There are so many companies wishing to float their shares, but we can only open a door that wide, so pursuing a back door with higher costs would be the only choice available,” said a former member of the IPO approval body at the CSRC.