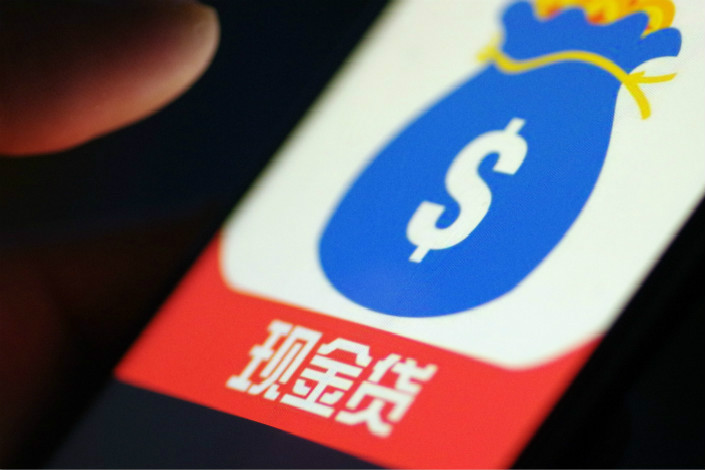 Shenzhen-listed Zhejiang Busen Garments and Nexgo Inc. have cancelled plans to set up online lenders after taking the new policy on microlending into consideration. Photo: IC

Two publicly traded companies said they are no longer pursuing a plan to expand into online microlending, a day after the government asked local authorities to suspend granting new licenses.

Shenzhen-listed Zhejiang Busen Garments Co. Ltd. said in a statement Wednesday that it decided to withdraw an application for a license to establish an online small loan company in Xi’an, the capital city of northwestern China’s Shaanxi province. The company said the latest policy might increase operating costs as well as pressure on profitability.

Payment-terminal maker Nexgo Inc., another Shenzhen-listed firm, also said Wednesday that it has decided to cancel a plan to set up an online small loan subsidiary in Hainan province after taking the new policy in consideration.

The regulatory move sent the share price of U.S.-listed Chinese online credit company Qudian Inc. to $16.15 per share on Wednesday, the lowest since its debut on the New York Stock Exchange on Oct. 18. The online lender is backed by Alibaba Group affiliate Ant Financial.

Often known as “cash loans,” the credit services offered by many of the lending platforms are unsecured loans that have to be repaid in six months or less. The lenders charge annualized interest rates that exceed 100% despite advertising seemingly low daily interest rates.

Of the 143 online small loans companies that have disclosed shareholder information as of the end of July, 79 were found to have received financial support from publicly traded companies, according to figures released by Wangdai Zhijia, which is a website that tracks the online lending industry.

Most of the publicly traded companies holding shares of online microlenders operate in the manufacturing and information technology sectors. In their previous disclosures, these companies said opportunities in financial technology and supply-chain financing services are the main reasons behind such investments.

Ji Shaofeng, an analyst of the internet financial sector, said speculating on the value of online microlending licenses might have been the true reason behind the rapid growth of the sector, as the regulator reined in risk in the overall financial sector.

As of late September, there were 8,610 companies offering microloans in China, and the total value of outstanding loans was 970.4 billion yuan ($146.13 billion), according to figures compiled by the central bank.

A source close to the central bank told Caixin that the temporary suspension of new licenses is only the first step the government is taking to tighten regulations on online microlenders.