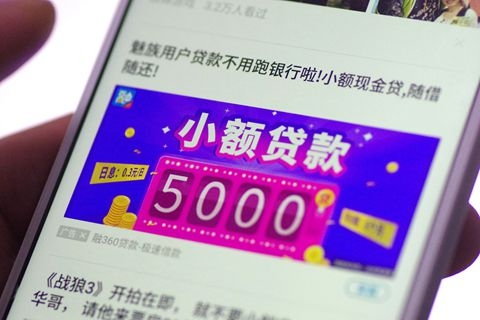 Shares of Qudian, which debuted last month in the largest initial public offering in the U.S. by a Chinese company this year, sank more than 13% in early trading before recovering to around $18 a share, below its IPO price of $24.

Shares of PPDAI Group, another Chinese peer-to-peer online lending platform that went public Nov. 10, plunged 14% to $10.76, also below its IPO price of $13.

A source close to the central bank told Caixin that the license ban is only the first step the government took to tighten regulation of online microlenders, which usually target those who don't have access to conventional lending, such as students, rural migrants and blue-collar workers.

China’s central bank and the China Banking Regulatory Commission are drafting a detailed regulatory framework on the online cash loan business, according to the source.

Credit risks are building up as borrowers have been found taking out loans from one lender to roll over previous loans from another, snowballing their debt. Reports of improper sales and loan-collection efforts, as well as ultra-high interest rates are also rife in the fledging sector. Domestic media have reported that some online micro-lenders are charging interest rates as high as 1,000%.

As of September, more than 8,600 microlenders were operating in the county, of which only about 220 companies had licenses for online business. Caixin learned that the regulators would also review the licenses of the 220 companies.