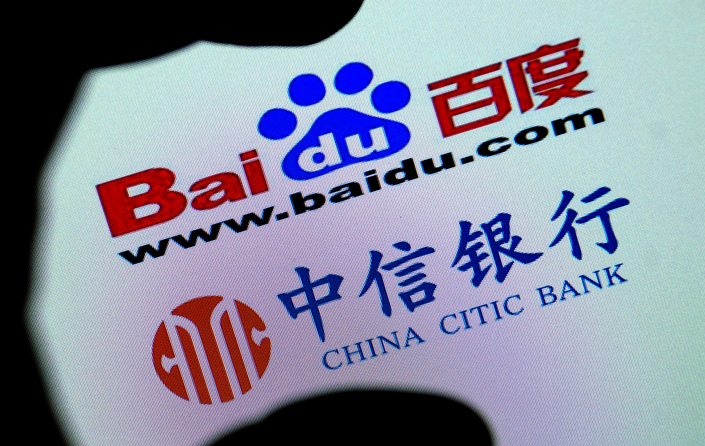 Nearly a year after receiving a license, search leader Baidu Inc. has formally launched an online bank, becoming the last of China’s “Big 3” internet companies to do so under a Beijing pilot program to open up the nation’s financial sector to private investment.

The new bank, called aiBank, held a formal opening ceremony on Saturday at an event attended by dignitaries from China’s central bank and its banking regulator. Both agencies have been experimenting with a number of formats aimed at bringing more private money into a sector traditionally dominated by big, slow moving state-owned entities.

Banks in the pilot program are particularly tasked with providing funds to China’s private sector, an area typically underserved by the state-owned lenders that often deal in larger loans that require real estate as collateral and are therefore inaccessible to most entrepreneurs.

“We hope that aiBank will empower finance using technology to create a field of differentiated, varied and knowledge-based new financial products and services,” said Fan Yifei, a deputy governor at the People’s Bank of China, China’s central bank. “We hope they will advance inclusive finance and make a bigger achievement in supporting development of the real economy, a new path of development from that of traditional banks.”

Baidu set up the bank in partnership with financial conglomerate Citic Group and other partners, mirroring a similar ownership structure as other new lenders participating in the pilot program. The pair announced the receipt of their banking license in January, following the earlier awarding of similar licenses to Baidu’s major online competitors, Alibaba Group Holding Ltd. and Tencent Holdings Ltd., sometimes collectively called the BAT.

Since their launch, both Tencent-backed WeBank and Alibaba-backed MYbank have found a lucrative niche by making microloans to small businesses and entrepreneurs, with amounts often in the thousands of yuan. Through the first half of this year, WeBank had made 200 billion yuan ($30 billion) in loans, with an average loan size of 8,000 yuan. MYbank had made 115 billion yuan in loans, with an average size of 17,000 yuan.

In July, WeBank said it posted its first annual net profit in its second year of operation, thanks to surging demand for microloans among blue-collar workers and small entrepreneurs. All of the banks are limited to providing services over the internet, and most have developed algorithms that rely on big data to quickly and automatically determine each user’s creditworthiness.