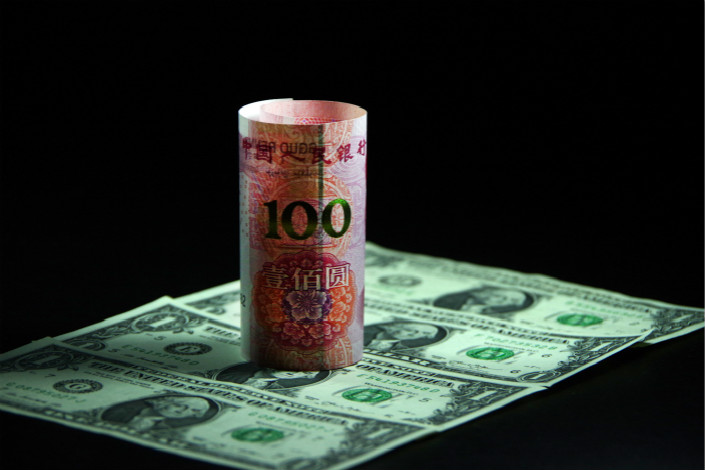 Spending by Chinese companies in overseas real estate markets fell to its lowest level in three and a half years in the third quarter after the government tightened controls on outbound investment to prevent a resurgence of capital outflows, a new report shows.

Investment plummeted 51% year on year in the July-September period to $2.5 billion, the least in 14 quarters, according to the report released by global real estate services firm Cushman & Wakefield (C&W) this week.

It attributed the slump mainly to increasing scrutiny by the Chinese authorities and “investor caution” prior to the 19th Party Congress in October, a key meeting of the ruling Communist Party watched closely by investors for signals about China’s policy priorities and long-term growth strategy.

“The outlook for mainland Chinese participation in overseas real estate markets is quite uncertain over the short term and will be heavily reliant on central government approvals of any proposed deals,” Francis Li, head of the company’s investment & advisory service in the Greater China region, said in a statement.

The Party Congress, which is held once every five years, “revealed little further” regarding outbound investment in general, the report said. Therefore, “mainland Chinese real estate investors from insurance, banking or financial backgrounds waiting on the sidelines may need to hold their breath a while longer as regulations could remain tight over the short- to mid-term,” it added.

Chinese regulators have intensified a clampdown on outbound investment since late last year to stem the flood of money that left the country in 2015 and 2016. The outflows raised concerns that the country’s foreign-exchange reserves were falling too rapidly and downward pressure on the yuan was too heavy. Property, entertainment and sport were among the main sectors targeted, amid suspicions that they were being used as illicit channels to move money out of the country.

The Institute of International Finance, a global financial industry association, estimated that China’s net capital flight hit a record high of $725 billion in 2016.

Capital outflows have since moderated and foreign-exchange reserves have stabilized at just over $3 trillion after slumping by around $320 billion in 2016. But the controls have remained to prevent a resurgence in outflows and what the government has described as “irrational” spending.

In August, the State Council, China’s cabinet, published guidelines specifying which types of outbound investment would be limited, banned or encouraged, formally endorsing policies that had already led to a dramatic drop in overseas real estate spending. Property, hotels, film, entertainment and sports clubs were all classified in the “limited” category.

In spite of the crackdown, activity hasn’t completely stalled. Australia, which has consistently been among the most popular destinations for Chinese real estate investment, was the top pick in the third quarter, with spending of $783 million, the Cushman & Wakefield report showed. The United Kingdom, which is mired in the process of leaving the European Union and which has been more welcoming of Chinese investment, ranked the second with $634 million, followed by Hong Kong with $560 million, Canada with $194 million, and the United States with $192 million.

The depreciation of the pound since the 2016 referendum that triggered the British government’s decision to leave the EU, process that’s become known as Brexit, is making the country an even more attractive destination for Chinese investors, the report said. The pound has weakened about 11% against the dollar and the yuan, respectively, since the vote in June last year.

“Over the short term, with the pound’s prevailing exchange rate advantage, the U.K. market may well continue to attract capital betting on a currency rebound on the back of any breakthrough on Brexit negotiations,” the report said.

Development projects accounted for 58% of overseas real estate investment by Chinese firms in the third quarter, raising the sector’s cumulative total for the first three quarters of 2017 to $8.4 billion, the report showed. Spending on acquisition of offices accounted for 28% of the third-quarter total, a slump of 83% from the April-June period.

James Shepherd, C&W’s managing director of Greater China research, said development projects have become a favorite for Chinese investors because companies are more experienced in operating such ventures and as such they are more likely to win Chinese government approval.

“Development is often a ‘core activity’ of such companies that are engaging in overseas investment, so it’s possible the government will look at this ‘core activity’ more favorably and hence the appropriate approvals for such projects may be slightly less challenging to secure,” he told Caixin.

“Development projects will typically generate project sales revenues and it’s possible the developer may repatriate that revenue over the medium term which may again help in the approval process.”

However, the acquisition of high-end offices abroad is more capital intensive and so more difficult to get the nod from Chinese authorities given their wariness over capital flight, he added.