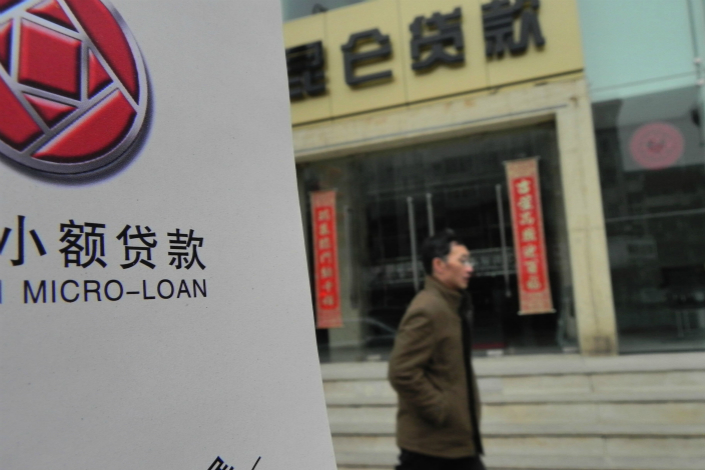 China’s banking regulator and the central bank are drafting microlending rules to clarify what constitutes lawful lending and whether cross-regional online lending will be allowed. Photo: Visual China

The China Banking Regulatory Commission (CBRC) is expected to issue additional measures this week to rope in the country’s burgeoning online lending industry, a source with knowledge of the matter told Caixin.

The CBRC and the central bank are drafting unified rules to oversee online microlending firms, multiple sources said. The imminent regulations are expected to clarify what constitutes lawful lending and whether cross-regional online lending will be permitted, a source with knowledge of the matter told Caixin.

China has been stepping up its efforts to clean up the sector that has grown too rapidly, and has often been rife with ultra-high interest rates and improper lending and collection practices.

Last week, another source close to regulators said the central bank has drafted regulations that require online microloan companies to use their own capital for lending and put restrictions on their leverage ratio.

The move follows a temporary halt on new licenses for online microloan companies as well as new cross-province lending, announced Tuesday by a central government body tasked with monitoring internet finance risk. On Thursday, the central bank and the banking regulator held an emergency meeting on microloans attended by representatives from 17 provincial-level financial work offices.

Online microloan companies have grown rapidly, but some of the firms are not qualified to extend loans, according to the NIFA. Some have even used false advertising to attract new customers, used violence to collect unpaid loans and charged ultra-high interest rates or fees, said NIFA.

Two years ago, the nation’s top court said lenders charging more than 24% annually in interest are not protected by the court system. In addition, the Supreme People’s Court ruled it illegal for lenders to charge annual interest rates above 36%.

As of September, there were more than 8,600 microloan companies operating in China, of which some 218 had online microloan licenses, according to Caixin calculations.