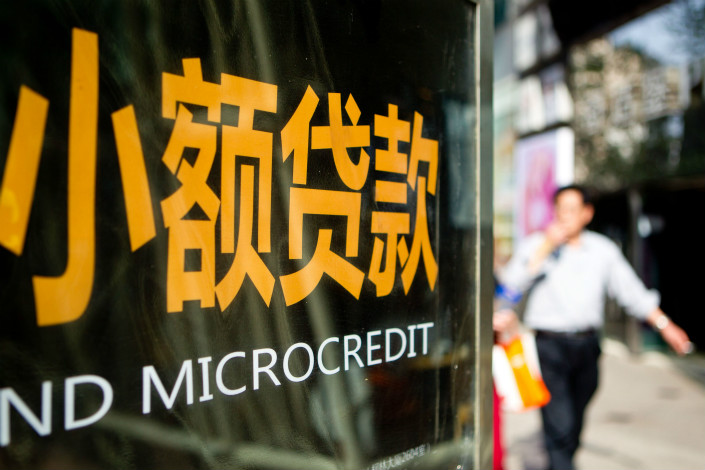 Based on the contracts signed between microlenders and their funders, the default risks of borrowers are absorbed by the microlenders themselves, not their sources of funding. Photo: Visual China

Regulators in China are gearing up to tackle risks in the booming microloan industry.

To hold back the sector, cooperation between banks and microlenders will be temporarily suspended, sources close to a central government body tasked with monitoring internet finance risk told Caixin.

On Tuesday, the same central government body released a formal document that called for a temporary halt in approving licenses for microloan companies, as well as cross-province lending.

Next, regulators will release unified regulations for the industry and set a higher barrier to entry for online microlending firms, sources close to the central government body told Caixin. Companies that do not meet the new standards will need to cease operations, the sources said.

The sources of funds for microlenders can come from shareholders, banks and other financial institutions such as trusts that take deposits from the public, and from issuing asset-backed securities. Often, when microloan firms work with banks, they recommend those financial institutions to borrowers for a fee.

Based on the contracts signed between these microlenders and funders, default risks of borrowers are actually absorbed by microlenders themselves, not other funding sources behind them. The bank is essentially extending credit to microlenders, a source close to regulators explained.

The draft measures propose barring banks from working with unlicensed microloan companies to provide loans. It is unclear when the draft will be publicized, but it would represent further strengthening from previously proposed measures — seen by Caixin in August — that would only affect privately owned banks.