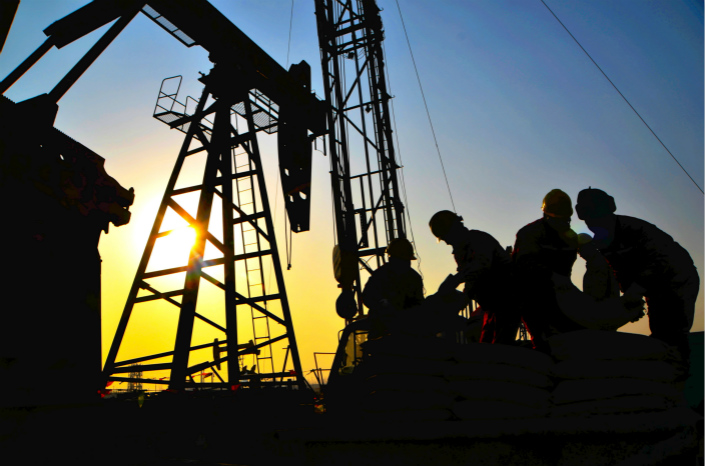 At least 20 companies have made overseas acquisitions since 2014, in regions like Central Asia, the North Sea and Australia, but the tide has ebbed with virtually no such acquisitions being made this year. Photo: Visual China

A three-year wave of private Chinese oil companies acquiring assets abroad is coming to an end in 2017, thanks to a combination of tightened domestic regulation and difficulties the firms have encountered overseas.

But privately owned energy companies did the opposite and began foreign acquisition sprees, spurred on by central government policy.

Despite efforts in recent years to diversify the sector, China’s upstream oil resources are heavily concentrated in the hands of the big three state-owned oil enterprises, which control over 97% of the country’s oil exploration and production areas, according to figures from the Ministry of Land and Resources. In 2014, the Communist Party’s Central Committee introduced policies to open up downstream oil and gas infrastructure and assets to private companies, intensifying these companies’ desire for upstream market share.

So, when restrictions on overseas investment were relaxed in 2013 and 2014, private energy companies jumped at the opportunity. At least 20 companies have made overseas acquisitions since 2014, in regions like Central Asia, the North Sea and Australia.

But the tide has ebbed this year with virtually no such acquisitions being made in 2017, with the exception of CEFC China Energy’s $9.1 billion purchase of a stake in Russian oil producer Rosneft.

Private energy firms venturing abroad have encountered some obstacles, due to their traditional exclusion from domestic oil and gas resources.

When they began making overseas acquisitions, they were “relative strangers to the oil and gas business,” a person who had moved from one of the big three state-owned oil firms to a private company told Caixin. “They weren’t familiar with how to finance, how to interact with the government, how fulfill agreements, how to follow through with exploration procedures, how to save money, get the most benefit and other issues, so progress was slow with little success.”

A major issue was the lack of technical expertise, especially in evaluating potential purchases. Geo-Jade is China’s only private energy company to have established its own research institute, something most of the bigger state-owned firms take for granted.

Additionally, private companies are often family-owned or run, which often creates management tensions. An industry insider told Caixin, in private oil companies, a newcomer may have a high position, but have no real power. “You have to be a good manager, but the boss’s decisions must be obeyed, and they’re sometimes contradictory,” he said.

It’s a situation that results in high employee turnover.

Fundraising has also proved to be a problem, more so at home than abroad. Chinese banks often reject unfamiliar overseas oil assets as collateral. Listed companies, many of which have switched from the real estate industry to energy, can use their property and shares as collateral, but others without these options must turn to guarantors.

Despite initial setbacks, some who participated in the 2014-2016 wave of acquisitions have been relatively successful.

In August 2014, Geo-Jade acquired a 95% stake in Kazakhstan’s Kozhan LLP for $525 million. Founded in 1984 as the property company Hainan Zhenghe Industrial Group, Geo-Jade has invested $1.5 billion abroad since 2014. After its purchase of Canada’s Bankers Petroleum in 2016, Geo-Jade had control over at least 400 million barrels of proven recoverable oil reserves, making it the world’s largest A-share listed, privately-owned oil producer.

Buoyed by recovering global oil prices, Geo-Jade’s overseas oil fields have produced 571,100 tons of crude oil, and brought it 226 million yuan ($34.3 million) in profit in the first three quarters of 2017 — a 375% jump from the same period last year.

Things only got worse for Shandong Polymer. Between 2014 and 2016, its operating revenue grew for two consecutive years, but due to losses incurred by Rally Canada, the parent company’s profit declined sharply. Shandong Polymer later said Rally’s losses were caused partly by a lack of experience in oil field management.

In August 2017, it publicly sold off all of its shares in Bomo International, preparing 19.575 million yuan in reserve for long-term equity investment impairment by Rally Canada.

Regardless of how their acquisitions have performed, private companies across the industry have slowed or halted their overseas expansion this year.

With China’s foreign reserves dwindling, at the end of 2016, China began to strengthen supervision of overseas investments, paying close attention to real estate, hotels and what the its regulators called “irrational” investments.

Foreign currency leaving the country is now subject to a longer approval period, with one person involved in the overseas business of a private energy company saying, “examination and approval processes that took two weeks now need three to six months.”

Domestic financing is also more difficult now than it was at the height of the acquisition wave. According to Huang Jianhui, director of Minsheng Bank’s research institute, demand for financing in China has increased this year due to improvement in the real economy. But domestic monetary policy has continued to be tight due to factors like the U.S. interest rate hike, and deleveraging in the financial sector, Huang said.

Another factor is that the most attractive overseas assets seem to have been snapped up. United Energy Group representatives said high-quality assets have become harder to come by, and that most of the assets currently on offer are high-debt companies, or production areas nearing the end of their lifespans.