By Wei Yiyang and Dong Tongjian 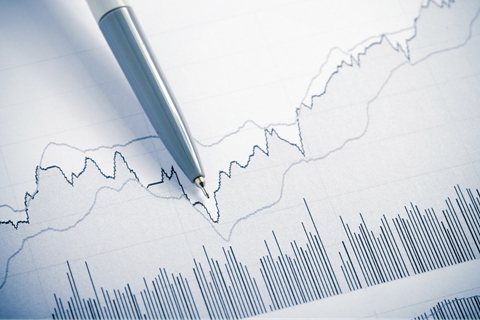 In its second attempt, Shandong International Trust Co. has secured approval from the Hong Kong stock exchange to launch an IPO, likely raising up to HK$351 million. Shares will begin trading on Dec. 8. Photo: Visual China

After a failed attempt to list on the Hong Kong stock exchange earlier this year, SITC, which is owned by the Shandong provincial government, is hoping it will be lucky the second time around after filing a prospectus for an initial public offering (IPO) on Tuesday. If it succeeds, SITC will become the first Chinese trust company to list in Hong Kong.

Net proceeds of the IPO could be as much as HK$3.57 billion ($460 million) if the stock is sold at the top of the indicative price range of HK$4.46 to HK$5.43 per share and the underwriters sell extra shares due to strong demand.

Around 45% of the shares offered in the IPO are being bought by five cornerstone investors. Three of them – Jinan Finance Holding Group, Shandong Development & Investment Holding Group and Shandong Guohui Investment Co. – are owned by various government entities in Shandong province. The other two are the asset management arms of two big Chinese commercial banks – Industrial and Commercial Bank of China and China Merchants Bank.

The proceeds of the IPO will be used to expand the company’s activities in real estate investment and wealth management, and to buy equity interests in financial institutions at home and abroad, the company said. Chairman Wang Yingli said the company chose Hong Kong because it has ambitions to expand overseas and the city is the best launchpad into the global market.

Yet SITC’s planned expansion comes at a time when the industry is facing widespread cleanup and tightened regulation amid calls by President Xi Jinping for financial risks to be controlled and curtailed to safeguard the country’s financial security.

In the latest phase of the government’s campaign to control financial risks, the People’s Bank of China (PBOC) and other regulatory bodies published draft rules on Nov. 17 to bring the $15 trillion asset management industry to heel. They cover products issued by banks, trust companies, insurance companies, securities firms, funds and futures brokerages.

China’s state-owned trust and investment companies have a checkered history. They expanded rapidly in the 1990s as the economy opened up and local governments searched for ways to raise money. But the boom ended ignominiously in 1998 when Guangdong Trust and Investment Co., known as Gitic, ran into financial difficulties. The trust was eventually pushed into bankruptcy in early 1999 by then-Premier Zhu Rongji, with debts of around $4.4 billion, at the time the biggest bankruptcy in China’s history, leaving investors and creditors nursing heavy losses.

Several lean years followed when trust activities were severely curtailed. But trust companies started to make a comeback after the global financial crisis in 2008 when the government encouraged a lending boom to cushion the economy from the fallout. Since then, trust companies – including those owned by local governments – have boomed and have played a major role in the growth of the shadow banking industry, including the explosion in asset management and wealth management products.

But the latest crackdown could have a negative impact on the outlook for SITC’s main businesses, a risk highlighted in its prospectus. The company also warned that it has “significant” exposure to industries that could be affected by a downturn in the economy, such as the real estate sector and government infrastructure projects, which could increase risks that clients won’t be able to meet their financial obligations and that the company will earn less commission as deals decline.

Shandong Lucion Investment Holdings, which is owned by the provincial government, currently controls 63.02% of SITC, but its holding will fall to 47.1% after the IPO, according to the listing documents. CNPC Asset Management, an arm of China National Petroleum Corporation, will see its stake fall to 18.8% from 25%, and Shandong High-Tech Venture Capital, which is owned by Shandong Lucion, will see its shareholding drop to 4.83% from 6.25%.