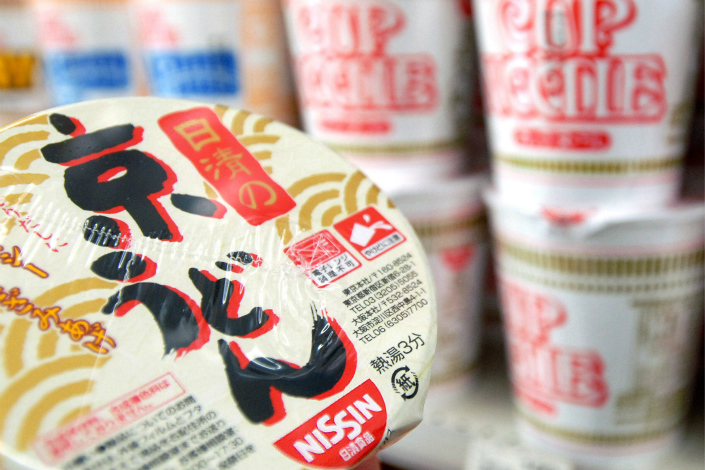 Nissin Foods hopes to use the money it will raise through the listing of its China spin-off to invest in production capacity, expand its sales and distribution network, form strategic partnerships and make acquisitions in China. Photo: Visual China

The company, best known for brands like Cup Noodles and Demae Itcho, launched its IPO roadshow Monday. Nissin will issue a total of 269 million shares, including 242 million in the international tranche and 26.858 million in the Hong Kong offering, according to documents seen by Caixin.

The shares will be priced at HK$3.45 to HK$4.21 each, and the listing on the main board of the Hong Kong Stock Exchange is expected take place on Dec. 11.

Founded in 1948 by Momofuku Ando, who claimed to have invented instant noodles, Nissin is the fifth largest instant noodle company by sales value on the Chinese mainland, and the largest in Hong Kong, according to the company.

Nissin has secured eight cornerstone investors for the planned IPO, including Itochu Corp. and Snow Lake China Master Long Fund. The company plans to use its IPO proceeds to expand production capacity, form strategic partnerships and make acquisitions in China, and expand its sales and distribution network, among other aims.

Rapid urbanization and longer work hours powered an instant noodle boom in China in the 2000s. The industry grew from 34.8 billion yuan ($5.2 billion) in 2003 to 59 billion yuan in 2008, according to government figures.