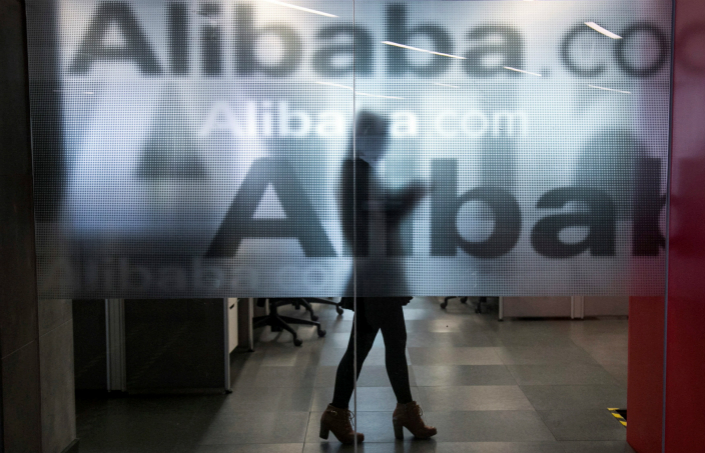 Alibaba’s $7 billion bond issue was a five-part offering with yields ranging from 2.8% to 4.4% on maturities between 5 1/2 and 40 years. Photo: Visual China

Investors clamored to the sale, which drew $46 billion in demand, according to Bloomberg, citing people familiar with the offering.

The market is ravenous for yield, said an equity analyst focusing on China’s internet sector. “If you’re a China bond fund, buying an Alibaba bond may bail you out of the recent slump in domestic government bonds,” he told Caixin.

Alibaba’s latest bond issue, a five-part offering with yields ranging from 2.8% to 4.4% on maturities between 5 1/2 and 40 years, comes just three years after another mega debt offering by the company. The e-commerce group, which operates the Taobao and Tmall online marketplaces, raised $8 billion in 2014, the largest U.S. dollar bond offering by any company in Asia outside of Japan at the time.

Wednesday’s bond sale comes weeks after Alibaba agreed to buy a third of one of China’s leading hypermarket chains for $2.9 billion, marking one of its largest acquisitions. It also came as the company posted strong financial performance in its last reporting quarter. Alibaba’s profits were up 146% year-on-year in the third quarter of this year, according to its latest report.

Alibaba said it planned to use the proceeds from its latest bond sale for general corporate purposes.