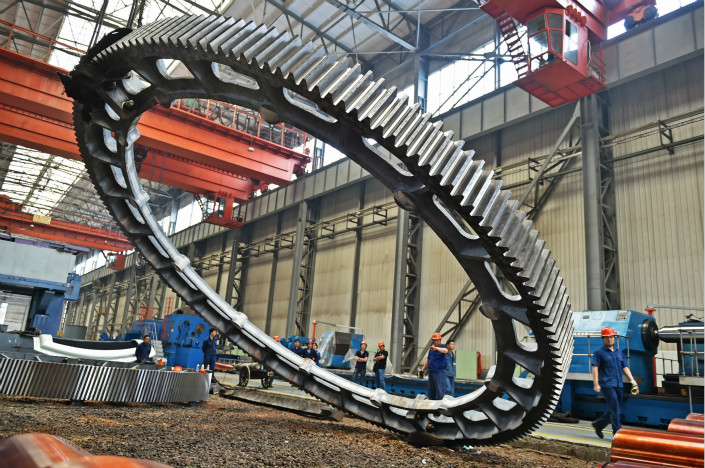 China’s manufacturing activity expanded at a faster rate in November than it did in October, as companies revved up production and growth in new orders accelerated, official data showed Thursday.

China’s official manufacturing purchasing managers index (PMI) came in at 51.8 in November, accelerating from 51.6 in the previous month, according to the National Bureau of Statistics (NBS), which released the data jointly with government-linked industry group the China Federation of Logistics and Purchasing.

November’s reading was the second highest this year after September’s 52.4 and marked the 16th straight month that the index has remained above the 50 mark that separates expansion from contraction, pointing to improved economic resilience in the world’s second largest economy, experts said.

The increase in new export orders picked up last month from October while overall new business rose at an even faster pace, suggesting domestic demand was also resilient, according to the survey.

Improving customer demand led manufacturers to accelerate their restocking activity, which grew at the second-quickest rate seen this year. The expansion in output in November also outpaced that in October, it showed.

“Enterprises’ willingness to purchase strengthened while the expansion in output and market demand both accelerated,” NBS analyst Zhao Qinghe said in a statement.

Despite the uptick in November’s official manufacturing PMI, some analysts remain skeptical over whether this momentum will last.

“We doubt the current momentum in manufacturing will be sustained given that the sector faces increasing headwinds in the months ahead from the anti-pollution campaign, slower credit growth, reduced fiscal support and a cooling property market,” Julian Evans-Pritchard, China economist with research firm Capital Economics, said in a research note.

The bank expects China’s gross domestic product, a gauge of economic growth, to rise 6.6% in the fourth quarter of the year, down from 6.8% in the July-September period.

China’s non-manufacturing PMI, which covers services and construction, ticked up to 54.8 in November from 54.3 in October, according to the NBS.

The services industry PMI edged up 0.1 point from the previous month to 53.6 in November, boosted by the annual Singles’ Day internet shopping spree, and strong growth in internet software, information, and technology services, and the logistics industry.

Construction PMI rose to 61.4 in November from 58.5 in October on steadily increasing demand and companies’ growing confidence in their business outlook, according to Zhao.