By Aries Poon and Wu Yujian 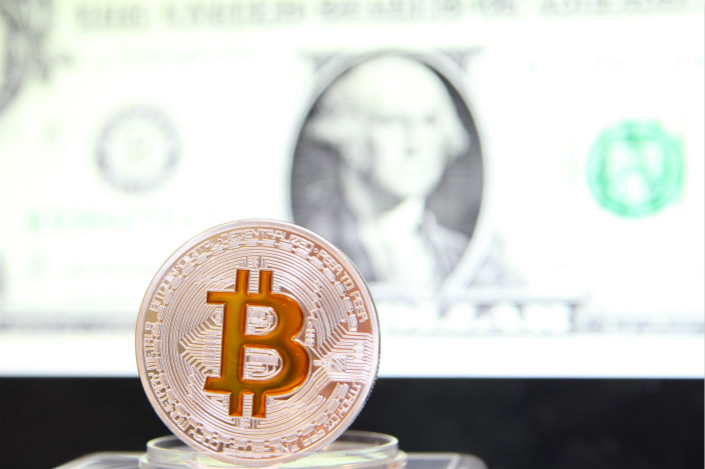 Bitcoin’s market capitalization reached $192.3 billion on Monday afternoon Beijing time, as the price of the cryptocurrency surged to $11,503. Photo: IC

The world’s first bitcoin futures, launched by CME Group Inc., will debut in the U.S. on Dec. 18.

CME, which owns various derivative trading platforms such as the Chicago Mercantile Exchange, said in a statement on Friday that there will be risk-management measures in place as bitcoin is a “new, uncharted market.”

The contracts will initially require a margin deposit of 35%, and will be subjected to “hard” price limits of 20% — the contracts won’t be able to rise or fall by more than 20% on any given day, the statement said. CME’s nonmembers can trade the futures too, although they will be charged for higher service and exchange fees.

“Although we have worked through a lengthy, comprehensive process with the CFTC (Commodity Futures Trading Commission) to get to this point, we recognize bitcoin is a new, uncharted market that will continue to evolve, requiring continued collaboration with the Commission and our clients going forward,” Terry Duffy, CME Group chairman and CEO, said in the statement.

The settlement price, to be called the CF Bitcoin Reference Rate, will be based on the volume-weighted average price of trades between 3:59 p.m. and 4 p.m. London time every business day, CME said.

The bitcoin mania doesn’t seem to be losing steam, despite repeated regulatory blows — especially in China — and growing more than tenfold in value from the beginning of this year. Bitcoin’s market capitalization reached $192.3 billion on Monday afternoon Beijing time, as the price of the cryptocurrency surged to $11,503, according to data provider CoinMarketCap.

Bitcoin derivatives will likely attract more heavyweight investors, which will gradually reduce the cryptocurrency’s volatility, as well as increase its liquidity and steady its exchange rate with fiat currencies, said Wang Liren, senior researcher at the China Blockchain Research Alliance.

Bitcoin operates on blockchain technology, which eliminates the need for a central authority by verifying and recording transactions through a network of computers. Previous transactions can be seen by everyone on the network and are unchangeable once they have been confirmed.

China was the first country to ban fundraising through cryptocurrencies built on blockchain technology when it deemed the practice illegal in early September. Shortly thereafter, Chinese cryptocurrency exchanges announced their impending closure as supervisory agencies widened their regulatory scope. All major Chinese bitcoin exchanges were shuttered by the end of October. Despite a sweeping ban on cryptocurrency fundraising and trading, China said it is still a staunch believer in blockchain technology and is working on advancing its other applications.