BYD to Set Up $940 Million Fund for Monorail Expansion 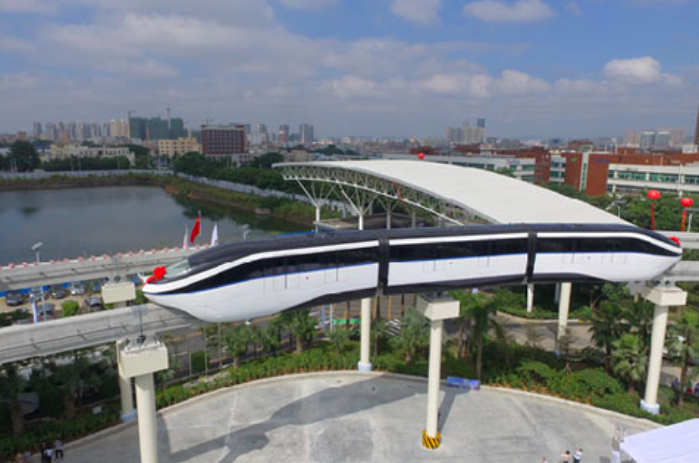 A monorail testing system at BYD's plant in the Pingshan district of Shenzhen debuted in October of 2016. Photo: BYD

Shenzhen-based BYD said its board on Tuesday approved the plan to set up the fund by its wholly-owned subsidiary Shenzhen BYD Investment Management Co. Xi’an-based Western Trust Co. will subscribe 5 billion yuan of the fund while BYD Investment, BYD Auto Industry Co. and another asset management firm will provide the remaining 1.25 billion yuan.

The fund will provide no more than 20% of the total investment of a single BYD monorail project, according to the company.

BYD’s first monorail line started commercial operation in September in the western city of Yinchuan. It is a 6-kilometer line or city sightseeing.

BYD said it had inked agreements with 20 city governments to build monorail projects as of December. A company source told Caixin that most of the planned projects are urban transit lines that are less than 20 kilometers in length. The longest line under construction is a 55-kilometer line in Shantou city, in southern China’s Guangdong province. The project is set to be completed by 2020. Other cities include Shenzhen in Guangdong, Bengbu in Anhui and Guangan in Sichuan.

BYD debuted its self-developed monorail system in October 2016. Dubbed "Sky Rail," the low-cost, above-ground, light train service targets small and medium cities. The electric trains running on elevated single-tracks can reach a speed of up to 80 kilometers per hour.

To fund the construction of the massive projects, BYD in June set up two separate funds with partners to raise 1.5 billion yuan and 350 million yuan respectively. In September, BYD again partnered with China Resources SZITIC Trust Co. to raise a 4.65 billion yuan fund to finance projects in 10 of the 20 cities.

Most city governments in agreements with BYD offer land rather than capital investment for the monorail projects, according to Yu Liang, chairman of developer China Vanke, which set up a partnership with BYD to develop properties along the monorail lines.

Another major capital source for BYD is policy lender China Development Bank, which agreed last October to provide 60 billion yuan in credit for the company to develop monorail projects.

Competition in the monorail market is heating up. Many local authorities are seeing it as a low-budget transit option after the central government beginning in August halted heavy investments in subway projects in two cities in Inner Mongolia, citing concerns about local governments’ fiscal capacity.

This story has been updated to correct the size of one of BYD's funds to 350 million yuan.