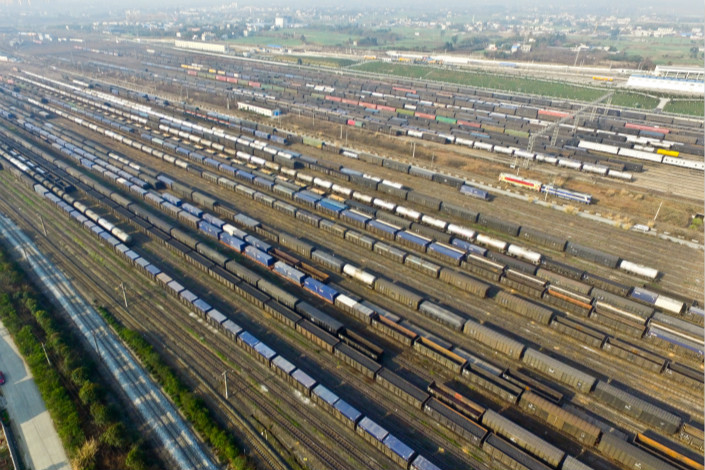 China’s rail operator is turning up the volume.

Its freight volume for the January-October period totaled 2.4 billion tons, according to newly released data from the company.

The figure should make the year’s target of 2.75 billion tons easy to obtain, according to a source from CRC. “There is almost no doubt that this year’s result will exceed that target, which would make 2017 the first year of growth after six years of declines,” the source told Caixin.

CRC’s continuous momentum in its freight service may have been further boosted by an increased demand for coal transportation, as chilly temperatures caused an early start to the heating season in northern China.

The company has previously attributed the rebound to three factors: its improvement in providing freight services, China’s supply-side reform for industries such as coal and steel — which rely on rail freight — and recent government air-pollution campaigns that restrict coal transportation via roads.

Additionally, CRC’s net profit loss continued to narrow. The company’s net loss was 1.1 billion yuan ($167 million) for the first three quarters of 2017, an 80% decrease from the same period last year. In September, the rail operator said it posted its best performance ever and recorded the smallest net loss since it took its current form in 2013.

Passenger traffic also picked up in October, rising 11.6% over the same month last year to 275 million rides, driven partly by the week-long national day holiday at the beginning of that month.