Rail Operator Back on Track for Growth 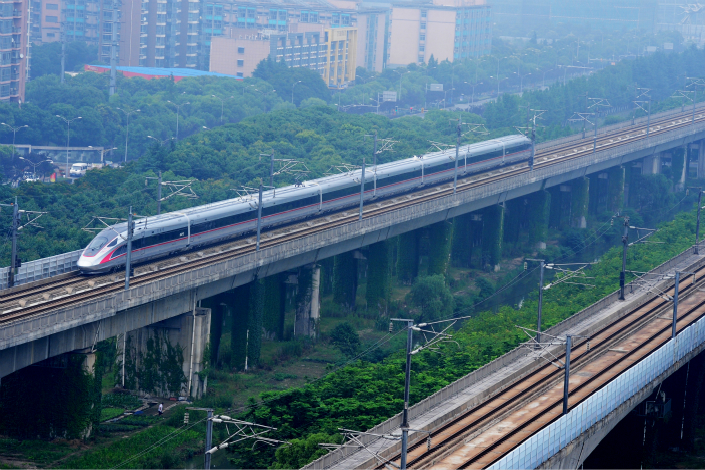 China Railway Corp. posted revenue of 77.4 billion yuan for its freight business in the first quarter of 2017, up nearly 20% from the same period a year ago. Photo: IC

The financial situation of China’s main rail operator showed significant improvement in the first quarter of 2017, boosted by strong gains in the company’s freight business after several years of declines.

China Railway Corp. (CRC) posted revenue of 77.4 billion yuan ($11.4 billion) for its freight business from January through March, up nearly 20% from the same period a year ago, according to a company report. Revenue from its passenger business grew at a slower 11.4% rate to 76 billion yuan, the report showed.

The latest data contained two major turning points for the freight division, including the first time in 21 months that the freight business revenue was greater than it was from the passenger business. It also marked the first revenue gain for CRC’s freight service since 2013.

CRC’s rebound comes amid similar improvements from other freight haulers as the highly cyclical industry emerges from several years of downturn. Last week, leading ocean shipping firm COSCO Shipping Holdings Co. Ltd. said it had returned to profitability in the first half of this year after posting a massive loss for all of 2016.

CRC’s improving performance helped to narrow its net loss sharply to 5.8 billion yuan in the first quarter from 8.7 billion yuan a year earlier. Its debt-to-assets ratio fell to 64.9% in that period, again an improvement over the 65.2% ratio a year earlier.

Last month, CRC had reported its rail freight volume reached 1.2 billion tons in the first five months of the year, up 14.7% from a year earlier. The company attributed the strong performance to improvements in freight service, helped by the country’s efforts in supply-side reform within industries like coal and steel that rely on rail freight. It also credited a recent government campaign restricting road transportation for carrying coal.