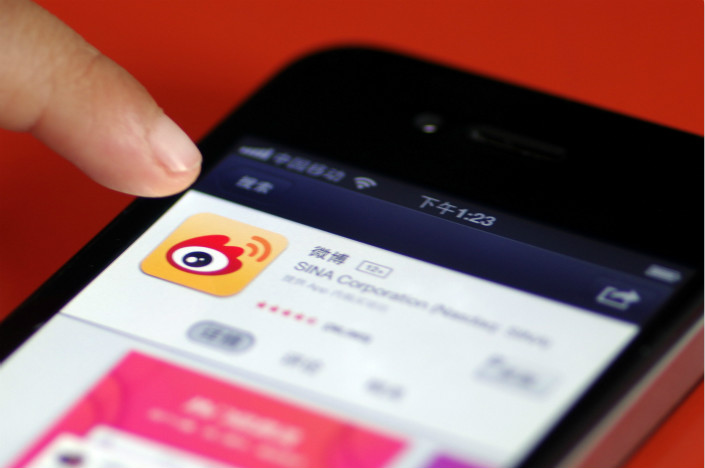 By becoming a platform for online stars, Weibo’s stock has risen about fivefold over the last two years to become one of China’s most valuable internet companies, boasting a market value of about $22 billion. Photo: IC

A resurgent Weibo Corp., often called the Twitter of China, is finding an increasingly cozy relationship with the thousands of online celebrities using its service to rake in billions of dollars from adoring fans.

Those self-styled web-based stars, from authors to comedians to current affairs commentators, are expected to rake in a hefty 20.7 billion yuan ($3.14 billlion) this year, and Weibo is hoping to raise that to 30 billion yuan next year, officials said at a company event to honor those online personalities this week.

The growing love affair has enriched both sides, as well as holders of Weibo’s stock, playing on the internet’s ability to make stars out of ordinary people by making their work instantly available to China’s more than 700 million internet users. Weibo’s revenue nearly doubled in its latest reporting quarter to $320 million, while its profit more than tripled to $101 million.

In the process of rediscovering its mojo as a platform for online stars, most notably using live broadcasting technology, Weibo’s stock has risen about fivefold over the last two years to become one of China’s most valuable internet companies, boasting a market value of about $22 billion.

“The company has tapped into the ‘fan economy’ successfully to drive advertising revenue, a key driver of its recent (profit) strength,” said Ryan Roberts, an analyst at MCM partners who follows overseas-listed Chinese stocks. “Whether or not it will be sustainable over the longer-run is an open question, but looking at the near-term, momentum seems set to continue.”

Weibo used its year-end event to showcase the many efforts it is now making to assist its most important asset — a base of some 25,000 online celebrities, known locally as “Big Vs” for their “verified” status and big fan bases often numbering in the millions. Chief among those initiatives were plans to set up a 100-member team to serve those celebrities, and its establishment of a 3 billion yuan fund to support the multichannel networks that often act as actual hosts for the Big Vs within Weibo’s community.

The new fund will be used to help develop tools to assist Big Vs in areas like e-commerce and video editing, company executives said.

E-commerce-related products were the biggest breadwinners for online celebrities last year on Weibo, accounting for 18.7 billion yuan, or 90% of the total earned by the group. The other two big earners were paid content, responsible for 1.33 million yuan of the 2017 figure, and 710 million generated from product endorsements, Weibo said.

Weibo began its life as a copycat of the original Twitter, and exploded in popularity after the original Twitter and Facebook were blocked in China in 2009. It originally thrived as a place for people to gather news from third-party sources, in a country where many mistrust traditional media that are state-owned and tightly controlled.

The service gradually declined as more online news sources became available, including the popular WeChat instant messaging service, which has many social networking functions. But more recently Weibo has staged a comeback by emerging as a ground for self-styled artists and entertainers to develop their own followings.