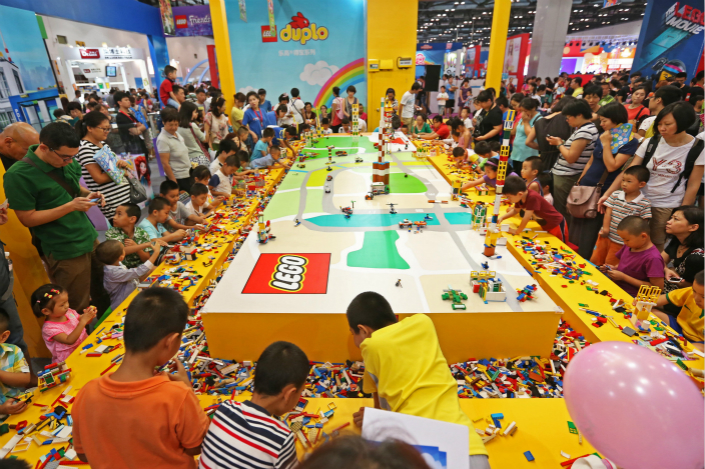 The ruling marked the first time Lego has filed and won such a case against copycats in China, the company said in a statement on Thursday. Photo: Visual China

Danish toymaker Lego Group has won a landmark anti-piracy case in China, as Beijing steps up intellectual property protection efforts in a country once famous as a haven for knock-offs.

Two Chinese companies that manufactured toys almost identical to ones from the Lego Friends series — but branded with the Bela brand name — infringed the intellectual property rights of the toy giant, according to a ruling by the Shantou Intermediate People’s Court in South China’s Guangdong province.

The ruling marked the first time Lego has filed and won such a case against copycats in China, the company said in a statement on Thursday. The ruling was made in September, but the decision didn't take effect until November, it added.

“This is very important for the continued development of a favorable business environment for all companies operating in the Chinese market,” said Peter Thorslund Kjaer, head of Lego’s legal affairs.

The court ruled that Lego enjoys protection under Chinese laws for the distinctive and unique appearance of its brick-like building blocks, which consumers can immediately recognize and associate with the company.

In a related ruling in July, the Beijing Higher Court recognized the Lego logo and name in Chinese as ‘well-known’ trademarks in China.

The Danish company, whose name comes from the Danish “leg godt” meaning “play well,” has seen its revenue growth in key U.S. and European markets slow in recent years due to saturation. China has been an important market for the company, which has been competing heavily with domestic players to cash in on a burgeoning middle class that spends lavishly on their children, many of them only sons and daughters.

The victory comes as the latest advance for foreign companies in a country where knockoffs and copycat products were once commonplace. Beijing has made an effort to strengthen legal protections in such cases over the last few years, responding to complaints from both foreign companies and also a new field of domestic ones keen to protect their intellectual property.