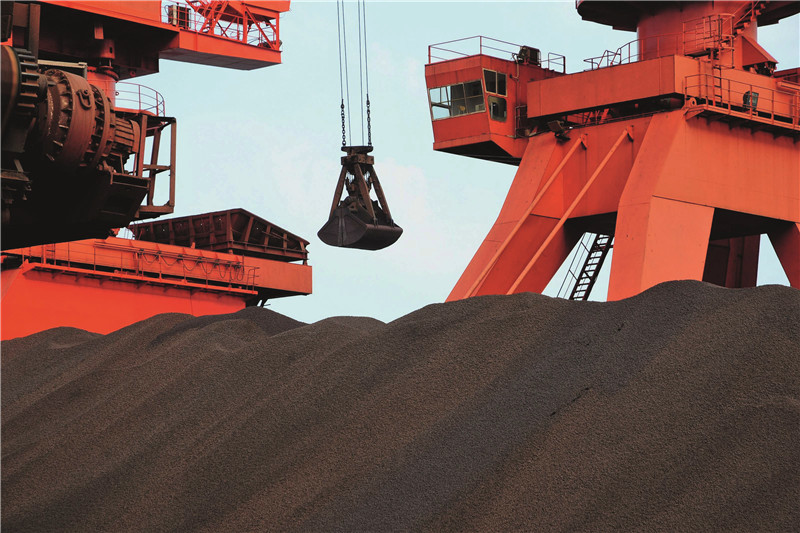 China’s raw material futures slumped across-the-board on Thursday—led by nosedive of black minerals such as iron ore and coking coal—as the market got the jitters.

All future contracts of minerals, metals and agricultural products except ferrosilicon and sugar dropped sharply, reversing a five-month rally.

China’s commodities market had been skyrocketing only a week ago, as the start of winter heating season and a green push by the government tightened the steel and coal supply.

The main driver of rising steel prices has been China’s planned winter steel output cuts between mid-November and mid-March to lower pollution levels. Chinese steelmakers in 28 cities have been ordered to cut production by as much as 50% to combat the smog that blankets northern China during the winter.

According to data from the China Federation of Logistics & Purchasing, commodities prices had been rising for five consecutive months as of Dec. 5. The rising spot prices also boosted the prices of future contracts. Coke futures rose 24.04% in November, coking coal increased 23.92% and iron ore was up 15.56%.

But the rally stopped abruptly this week as the market has become exhausted from previous price surges and as demand from construction sector has slowed in cold weather.

The recent sharp rise in steel prices had already raised concerns within the industry. Several official have warned that the speculation-driven price hike would hurt both the steel sector and upstream and downstream industries.

“If the prices rise too quickly and above the expectations of end users and traders, they would reduce their inventories and take a wait-and-see approach,” said Wang Yingsheng, vice secretary general of the China Iron & Steel Association (CISA).

The rebar spot prices in 19 markets across the country dropped as much as 110 yuan per ton Thursday, according to data from mysteel.com, a Shanghai-based steel information service provider.

With a seasonal lull in construction activity over the Chinese New Year in February, the demand in steel and other raw materials is expected to weaken further.

Analysts also attributed one of the reasons for the futures market drop to the outflow of speculative capital.

Gu Jianguo, deputy head of CISA, wrote in a report Thursday that the oversupply of iron ore will persist and port stocks of iron ore are at high levels, dampening interest of speculative investors.

Stockpiles of imported iron ore at China's major ports reached 141.67 million tons as of Dec. 1, the highest since at least 2004, according to data tracked by SteelHome consultancy. Data from mysteel.com showed that Chinese mills are operating with more than 32 days of iron ore stocks, which means the restocking pressure is low.

The iron ore prices in December usually depend on steel mills’ restocking during November, said steel-industry expert Zhang Dongliang. He said most mills have completed stocking up their inventories. He expects the restocking demand to decline in the near future.