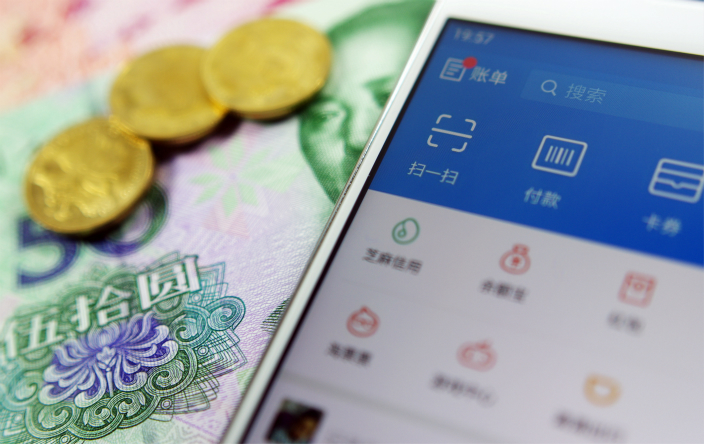 Those who signed up for Yu’e Bao as of Friday could no longer contribute more than 20,000 yuan ($3,022) in one day, while the total investment ceiling for each Yu’e Bao account stays unchanged at 100,000 yuan, Yu’e Bao’s fund manager Tianhong Asset Management Co. said in a statement on Thursday.

Founded in 2013, Yu’e Bao, which in Mandarin literally means “leftover treasure,” has ballooned in size as millions of users migrate to its affiliated online-payment application, Alipay. Drawing on small amount of funds left in the Alipay e-wallet, Yu'e Bao represents nearly 95% of assets managed by Tianhong Asset.

The money manager has been curbing its expansion since 2017 under pressure from the regulator to slim down, and it has added the daily cap to meet the new rules on fund managers’ investment arrangements, which aim to prevent liquidity risks.

The new regulation, which took effect on Oct. 1 after being jointly released by the country’s top securities regulator and the central bank, said fund managers should reject large contributions when there is a potential for a substantial negative impact on the interests of existing fund’s investors.

Tianhong cut Yu’e Bao’s maximum individual contribution by 90% in just three months, with the limit lowered to 100,000 yuan in September from previous ceiling of 250,000 yuan, and further down from 1 million yuan in May.

Rules issued in March require all money market fund managers to set aside no less than 0.5% of their net assets as cash reserves to be a buffer against potential bad debts, which might still leave a multi-trillion-yuan shortfall for the fund, Caixin reported earlier.

Yu’e Bao managed 1.6 trillion yuan by the end of the third quarter, at which time it had about 370 million accounts and made up nearly a third of the country’s total money market fund value.

The fund’s third quarter report showed its growth rate during the three months through September was down to 9%, compared to a 25% growth in assets by the first two quarters of this year.