By Peng Qinqin and Pan Che 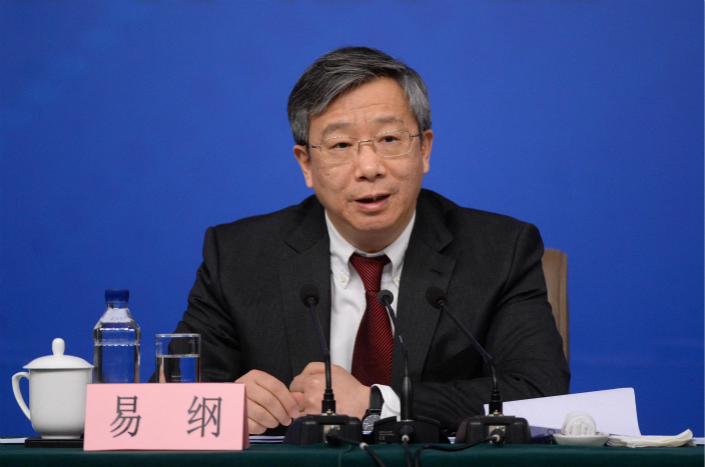 China is expected to roll out an overarching list next year outlining which areas are off-limits for investment by both foreign and domestic capital, a move the central bank said will clarify market access and reduce barriers for investors.

The first national-level version of China’s so-called market-access negative list will encourage the development of the non-public economy and increase market vitality, claimed Yi Gang, vice governor of the People’s Bank of China, during a forum over the weekend.

The negative list is a well-recognized method for foreign capital management in China, as it defines areas in which it is forbidden to invest, and leaves sectors outside its scope open to participation.

The new nationwide list will also be the first version drafted and published by the State Council, China’s cabinet, and will cover all market entities in the country, in an attempt to unify standards, Yi said.

The State Council will list industries and fields in which investment is prohibited, and governments at all levels should make arrangements based on this list, Yi said.

The shift to an overarching negative list “reflects a significant change in our conception and way of management,” Yi said. “Regardless of the status of a company — state-owned or private, with foreign or domestic capital — or their size, all will have equal rights and opportunities, and will be treated the same.”

The goal for such guidelines was included in the report of October’s 19th National Party Congress, which laid out a general roadmap for the development of the world’s second largest economy over next two decades.

Beijing rolled out an updated negative list in June, which stretched beyond China’s 11 free trade zones to cover the entire country — but it applied only to foreign investment.

The central government began a pilot program in March 2016 for a list that would cover foreign and domestic players. It requested that municipal governments in Tianjin and Shanghai, and provincial governments in Fujian and Guangdong provinces each create their own negative lists, according to a draft guidelines endorsed by the National Development and Reform Commission and the Ministry of Commerce. The local governments were then to submit their results to the State Council for approval.

The draft named 96 sectors categorized as “prohibited” to investment, and 232 labeled “restricted.” The sectors were as varied as agriculture, mining, manufacturing, utilities, construction, and logistics.

The pilot programs in the four regions — each of which contains a free trade zone — reached a stage at which it was suitable to pool their results, the state-run Xinhua News Agency said in September.

The programs reported positive investment results, reaping a combined 80 billion yuan ($12 billion) in 2016, Yi claimed. That was up 81% year-on-year, he said, suggesting that “the policy was well received by both Chinese and foreign firms.”

But Yi cautioned that “we still have gaps in the goal of establishing an open, fair and orderly market.”

In the next stage, local governments must follow the comprehensive negative list, which will be determined by the State Council, and give their feedback accordingly, but are not allowed to independently make adjustments to the list, Yi said.

Departments related to the drafting of the list have been discussing the best way to merge past lists — such as the Foreign Investment Industrial Guidance Catalogue — with the new overarching list, Yi said. Regardless, China is ready to fully implement the comprehensive list, he said.

Yi stressed that the negative list doesn’t spare firms from security scrutiny, and if companies enter into industries related to national security, such scrutiny is unavoidable.