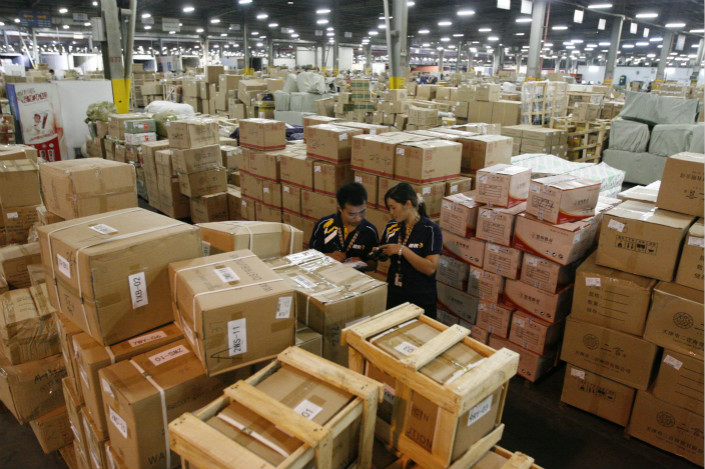 China’s parcel delivery services have experienced explosive growth due to the country’s e-commerce boom. In 2016, 30 billion packages were delivered in China — 23 for each of the country 1.3 billion people. Photo: IC

Deppon Logistics is set to become the latest major Chinese delivery company to conduct an initial public offering (IPO), after receiving approval from the China Securities Regulatory Commission for a planned Shanghai listing.

Deppon, one of six companies whose Chinese mainland IPO plans were given the green light Tuesday, will join a list of parcel delivery firms who have done IPOs in recent years. Rivals YTO, Shentong, ZTO, Shunda, SF Express and Best Inc. have already gone public on Chinese and overseas exchanges.

Shanghai-based Deppon plans to offer no more than 150 million shares according to a preliminary IPO document issued by the company in March. The company first announced its intention to list in July 2015, amid a wave of similar announcements by big players in China’s rapidly expanding parcel delivery industry.

The company has not announced a date for the IPO.

Most recently, Alibaba-backed Best Inc. completed its rollercoaster IPO on the New York Stock Exchange in September. After increasing its fundraising target from $750 million to around $1 billion, the logistics company was forced to price its IPO at the lower end of its expected price range, raising only $450 million.

China’s parcel delivery services have experienced dramatic growth in recent years on the back of the country’s e-commerce boom. In 2016, 30 billion packages were delivered in China — 23 for each of the country 1.3 billion people. Close to 90% of these packages passed through hands of private couriers like Deppon and its rivals, according to the State Post Bureau.

Competition between delivery companies has produced more than the recent spate of courier IPOs. Some companies have looked abroad for space to grow, like SF Express, which announced a joint venture with UPS in May.

Others are working with automakers to strengthen their delivery networks, like Alibaba’s delivery unit Cainiao Network, which said in May that it had reached a 50 billion yuan ($7.5 billion) smart van deal with SAIC Motor, Dongfeng Motor and Reach Rengal.