New Loans in November Beat Forecasts to Grow 70% From October 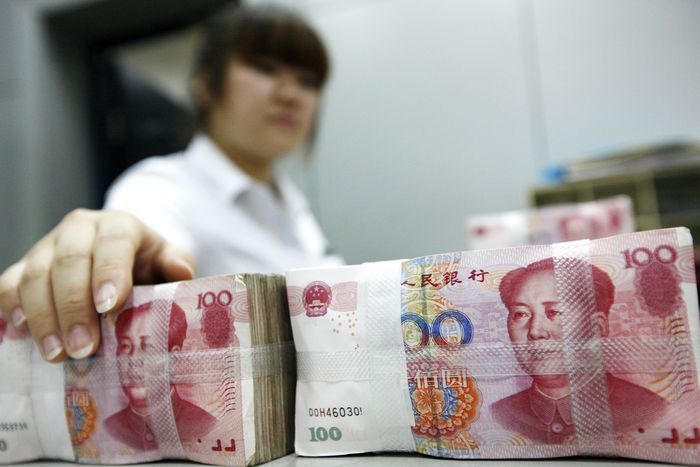 New-loan growth in November is a sign of continued resilience in the economy, which some analysts think signals that Beijing's deleveraging campaign within the financial system hasn’t had enough impact. Photo: IC

Chinese banks extended 1.12 trillion yuan ($169.27 billion) in net new yuan loans in November, the People’s Bank of China said on Monday. New loans were up nearly 70% from a month ago and well above market expectations of around 800 billion yuan.

Total social financing—a broader measure of overall liquidity in the economy, which includes bond and equity issuance, trust loans and entrusted loans—stood at 1.6 trillion yuan in November, up from 1.04 trillion yuan in October.

New-loan growth was faster than in the same period in recent years in a sign of continued resilience in the economy. That indicates the ongoing deleveraging campaign within the financial system hasn’t had enough impact, said Ming Ming, head of fixed income research at Citic Securities Co.

Robust household borrowing continues to drive China’s credit growth, even though the government has taken measures to cool the housing market through administrative controls and higher mortgage interest rates.

But the share of medium- and long-term household loans in total new lending accounted for 38% of total new loans last month, down from 55% in October.

The continued growth in household loans reflects a slower-than-expected impact of the government’s cooling measures as well as a demand shift in the housing market, analysts said.

The restrained demand in the first- and second-tier cities as the result of regulatory restrictions might be offset to some extent by the increase in demand in the third- and fourth-tier cities, said Lian Ping, chief economist with the Bank of Communications Ltd.

Strong corporate-financing demand also contributed to the faster credit growth, with new medium- and long-term loans lent to companies at 427.5 billion yuan—the second highest in the second half of 2017—up from 236.6 billion yuan in October.

Ming attributed the sharp rise in corporate long-term loans to a recent rout in China’s bond market, which has made it tougher for companies to raise money by issuing bonds.

Chen expects that credit growth in December will slow down significantly because many banks will have already used up their annual loan quotas set by the central bank.

The November credit surge brought the total new lending so far this year to 12.94 trillion yuan, already above the 12.4 trillion yuan in the whole year of 2016.

The broad M2 money supply--which covers cash in circulation and all deposits--grew 9.1% in November, up from 8.8% in October, which was the slowest pace since records began in 1996.

Ming said the pickup in deposit growth and the central bank’s injection of liquidity in November contributed to November’s faster pace in M2 growth. He said he expects M2 will maintain a 9%-10% growth next year.

The central bank has said a slowdown in M2 growth could be a “new normal,” reflecting progress in its deleveraging efforts.