Regulators Give Online Microlenders a Chance to Clean Up Their Act 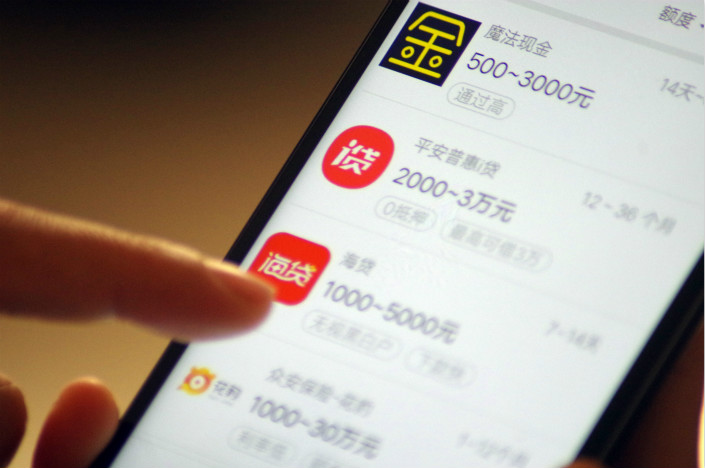 Licensed online microlenders that fail to meet China’s new regulatory requirements will get a chance to become compliant before getting banned from the industry.

Earlier this month, China’s central bank and banking regulator issued comprehensive guidelines on short-term unsecured loans. That has created panic in the once ballooning industry: major players are switching to less-regulated businesses, while there are signs that some small, less well-funded lenders might even leave the business.

Now, more details have emerged as to what exactly will happen to those lenders, allowing some in the business to let out a sigh of relief.

According to a document issued by a working group overseeing peer-to-peer (P2P) lending risks under the China Banking Regulatory Commission (CBRC), the regulator will complete its first round of evaluations of all online microlenders by the end of January.

Licensed lenders that do not meet standards can still keep their operating licenses if they manage to fix any issues by the end of March, the CBRC document said.

Companies operating without a license, or those with a license but found not to possess “operating qualifications” after a review, will be shut down, according to the document issued on Friday.

The new document is a more detailed version of the guidelines issued on Dec. 2, said Yu Baicheng, head of research at news and information provider Wangdai Zhijia — Chinese for “Online Lending House.”

The Dec. 2 guidelines, announced by the People’s Bank of China (PBOC) and CBRC, covered not only microlenders but also P2P platforms that extend small loans. The measures clarified a statutory limit of 36% on the so-called annual percentage rate (APR) — the total interest rate and fees charged — as well as limits on working with banks to extend microloans.

The PBOC and the CBRC said earlier that the rapid development of the short-term unsecured loan industry has created problems such as overlending, repeat borrowing, improper debt collection, abnormally high interest rates and privacy violations. Concerns were escalated following high-profile initial public offerings of several major Chinese micro- and P2P lenders in the U.S. Moreover, there were reports that some of these microloans were channeled to the property market, contributing to soaring home prices.

The plan does not apply a “one-size-fits-all” approach to online microlenders, said Zeng Guang, secretary-general of Shenzhen Internet Finance Association. It encourages complaint firms to continue operating while giving some others until the end of March to rectify areas of noncompliance, he said.

But still, an industry executive said the document is still not detailed enough. For instance, it is unclear whether online microloan licenses from non-internet companies such as Wanda, Unionpay, and Haier will still be valid in the new regulatory environment.

According to incomplete statistics from Wangdai Zhijia, there are 213 online microloan companies with licenses. Regulators suspended approval of licenses for online microlenders in late November, amid a crackdown on the business.