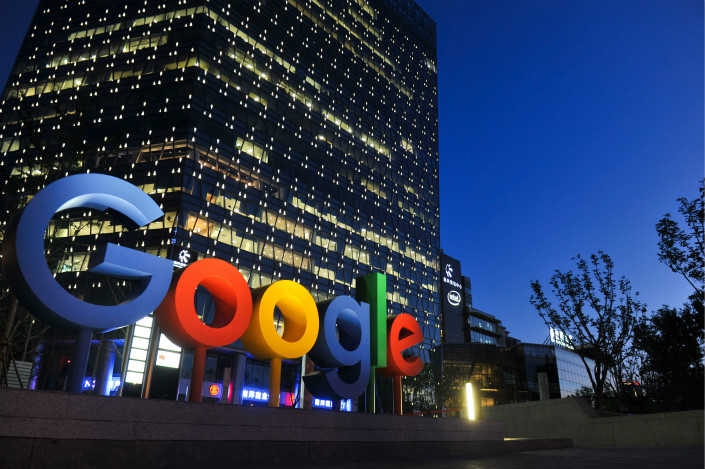 Google also hopes to collaborate more with domestic Chinese scientists, it said in its statement announcing the AI center. In the AI sector, Chinese researchers and developers have emerged as a leading group globally. Pictured is Google's Beijing office. Photo: Visual China

Google Inc. has set up an artificial intelligence (AI) center in Beijing, enlarging its diminished presence in one of the world’s largest internet markets.

The announcement of the research center comes seven years after Google shuttered its China-based search service during a high-profile spat with the government over requirements that all internet companies filter their content. In the following years, Google’s other web services, including Gmail and the Google Play app store, were blocked.

Google also hopes to collaborate more with domestic Chinese scientists, it said in the statement.

In the AI sector, Chinese researchers and developers have emerged as a leading group globally. For the past three years, Chinese teams have stood out in the ImageNet Challenge, an annual competition to design algorithms for large-scale object detection and image classification. Fei-Fei Li started the contest.

Formation of such a team would play to Beijing’s recent emphasis on AI and other advanced technologies as it tries to move up the value chain and away from its roots as a low-tech manufacturer. Most of China’s homegrown technology giants have set up their own AI research centers, including search leader Baidu Inc. and social networking giant Tencent Holdings Ltd.