Asian Development Bank to Invest in Cleaning Up Beijing’s Air 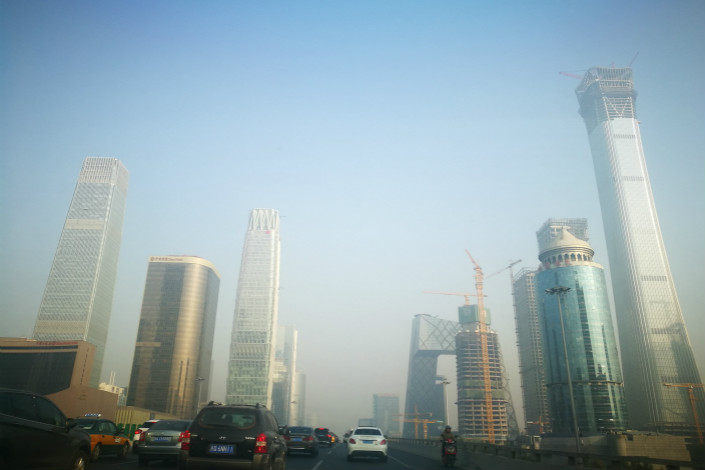 The air quality in Beijing (pictured on Nov. 3) and the nearby city of Tianjin and province of Hebei deteriorated in the first 10 months of this year, with 22 fewer “blue sky days” than the same period in 2016. Photo: Visual China

The Asian Development Bank (ADB) will lend $499 million to a project in China to help clean up air pollution in one of the country’s most-polluted metropolitan regions surrounding the capital Beijing.

The loan will be ADB’s third to tackle China’s air pollution problem. The regional development bank lent $300 million to Hebei province in 2015 to help strengthen its environmental regulatory capacity, and another $499.6 million in 2016 to finance low-emission projects by small and midsize enterprises in the metropolitan region that includes Beijing, Hebei and Tianjin.

Investments have been pouring in to stop the air quality from degrading in the Beijing-Hebei-Tianjin region. The Asian Infrastructure Investment Bank said Monday it will lend $250 million to Beijing Gas Group to speed up construction of natural gas pipelines in Beijing, which is falling behind in the switch from coal-fired power generation.

The latest data show that air quality in the Beijing-Hebei-Tianjin region deteriorated in the first 10 months of the year, with 22 fewer “blue sky days” than the same period in 2016. A “blue sky day” is one in which the Air Quality Index — a weighted measure of the concentrations of five major air pollutants, including PM2.5, PM10 and ozone, is below 100.

In a statement Thursday, the ADB said the new loan will be spent on developing advanced low-carbon technologies in transportation, heating, electricity and fertilizer production. The loan is expected to help attract more than $1.5 billion “large co-financing” from domestic institutional investors and commercial banks, local government investors and technology providers, the ADB said.

By the year’s end, Chinese government is set to wrap up its four-year campaign to cut the concentration of the cancer-causing particulate matter choking the residents of Beijing, Hebei and Tianjin by 25% compared with 2012 levels. However, local officials were told to accelerate previous efforts to reduce pollution in the region — which the government hopes to transform into a megapolis home to 7% of China’s population — failed to stop air quality from getting worse.

Having said that, China is stepping forward to fill the void left by the U.S. after U.S. President Donald Trump pulled out of the Paris climate deal earlier this year. Last year, China overtook the U.S. as the world’s largest issuer of green bonds, which are used to finance primarily low-carbon projects. Propelled by pressing climate challenges and ample market liquidity, China issued $244.6 billion in green bonds in 2016, or a third of new issuances globally, according to the Climate Bonds Initiative.