Rules Tightened for Preschools in Wake of Abuse Scandals 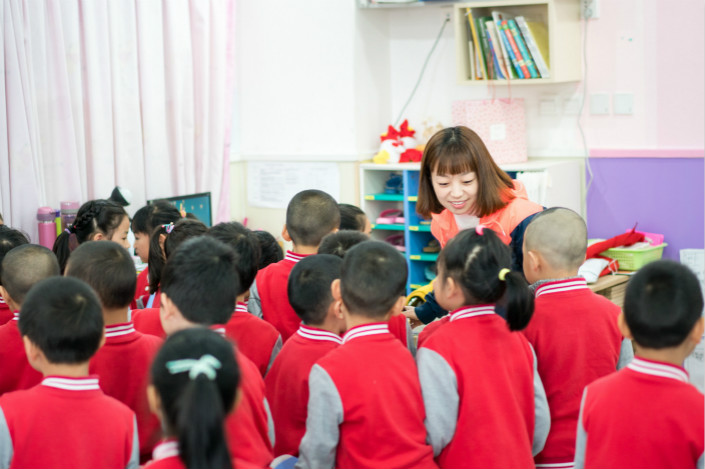 Nationwide government measures in the wake of recent child abuse scandals in preschools could be counterproductive because the moves focus only on teachers, industry insiders say. Above, a preschool in the Xicheng district of Beijing prepares to begin the day's work on March 22. Photo: Visual China

China’s education authority is moving to strengthen oversight of preschools with a flurry of measures, including a requirement for more cameras in classrooms, following several highly publicized child abuse scandals in recent months.

But experts warn the move could be counterproductive as it will deepen distrust between schools and parents, and drive many small preschools out of business, exacerbating the current shortage of such facilities.

Preschools in the Chinese capital have been ordered to install more surveillance cameras “to have all areas covered and leave no corners without surveillance,” the Beijing Youth Daily recently reported, citing municipal education authorities.

Some preschools in downtown Beijing have already connected their surveillance cameras to local police stations as part of the new requirements, according to the Beijing Youth Daily.

The mandate came just two weeks after an interagency committee under the country’s cabinet, known as the Education Inspection Committee of the State Council, ordered a nationwide inspection on Nov. 24 for potential violation at such facilities.

In the Chinese capital, each government inspector is assigned to oversee five preschools and will be held responsible for their operations, the Beijing Youth Daily reported.

On the surface, these measures sound promising, but regulators have actually failed to address the real issues by targeting only teachers, according to academics and industry insiders.

The intensified surveillance of teachers is likely to deepen distrust between teachers and parents, according to Zhang Yan, a professor of education studies at Beijing Normal University.

“These measures could only take away the teachers’ passion and motivation. It will force them to protect themselves, with little regard of what is best for the children,” she said.

The requirement for additional cameras and other infrastructure upgrades means fewer preschools will be able to qualify for licenses, exacerbating the shortage of such schools, particularly affordable schools for low-income families, she warned.

The tightening oversight over preschools — called “kindergartens” in China — followed a prominent incident of abuse at a kindergarten operated by RYB Education in a luxurious suburban neighborhood in Beijing last month. Investigators found at least eight students from 2 to 6 years old were found to have suffered needle wounds from their teachers who used needles to discipline disobedient children.

The incidents caused something of a panic among parents, who worried that the uncovered cases of abuse were only the tip of the iceberg. The reports also triggered a public outcry over perceived poor oversight of such facilities.

It’s understandable for regulators to feel compelled to do something to ease public anger, but they have mistakenly equated infrastructure upgrades with protecting students from abuse or mistreatment, said Zeng Xiaodong at the 21st Century Education Research Institute in Beijing.

“Safety guarantees are more about proper funding to ensure decent benefits and bonuses for teachers, annual performance reviews and parental involvement in the daily operations of these facilities,” she said.

Rigid license control by the government and lack of public funding is a bigger problem than poor infrastructure because the control and funding issues get in the way of preschool development, she said. They also contribute to the severe shortage of preschool care, particularly in some less-developed rural areas, Zeng said.

Nearly half of preschool-aged students in 58 poor counties in the impoverished northwestern province of Gansu were unable to attend kindergarten. By comparison, 98 percent of children in the more-affluent eastern province of Jiangsu and in Shanghai are admitted to kindergarten, the Ministry of Education said late in 2015.