By Zhang Yuzhe and Zhang Qizhi 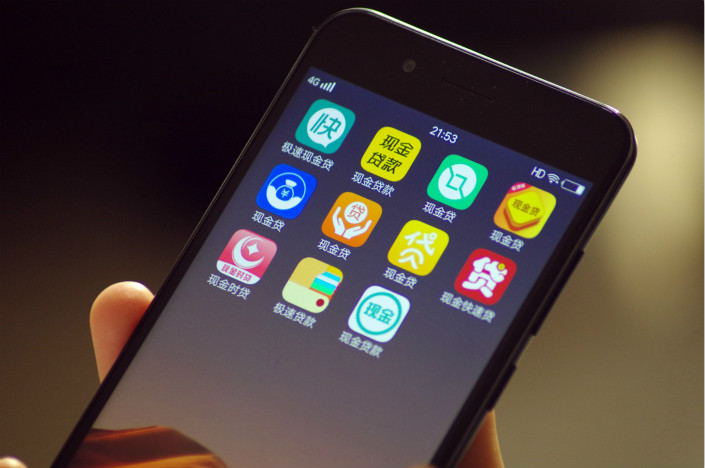 Of the 61 Chinese online lenders surveyed, 44% of their customers on average had borrowed from multiple sources, according to a new survey by the Beijing Internet Finance Industry Association. Photo: Visual China

In China, online lenders or peer-to-peer (P2P) platforms that only facilitate lending do not have full access to borrowers’ credit information as there is no such centralized platform that shares the data.

Some borrowers take advantage of this information asymmetry to apply for loans from multiple lenders so they can roll over previous debts elsewhere, or to take out cheaper loans to repay the ones that charge higher interest rates and profit from the difference, or even become lenders on other P2P platforms themselves, according to a study by the Beijing Internet Finance Industry Association.

The association’s recent report found that among the 61 online lenders surveyed, 44% of their customers on average had borrowed from multiple sources.

The survey found that nearly 500,000 borrowers tried to profit from arbitrage by taking advantage of the different interest rates charged by different online lenders. On average, each of them borrowed from 2.36 online lenders, the survey said.

These platforms also haven’t done its best in ensuring the creditworthiness of borrowers. The association said, for instance, that some lenders were unaware that some potential borrowers were already in the official database of debt defaulters. Being listed on the defaulter database means a person will be banned from certain kinds of activities, including purchasing real estate and some kinds of air travel.

The survey also found there were many “empty” accounts, in which users registered to receive a gift or cash bonus, but were not active borrowers. The survey did not say what the problem was with these inactive users.

The Chinese government has been tightening its grip on online as well as P2P lending, although policies are mostly targeting lenders, not borrowers. Measures include capping maximum interest rates and fees, as well as imposing discipline on how creditors collect loans and market themselves.

Earlier this month, China’s central bank and banking regulator issued comprehensive guidelines on short-term unsecured loans. That has created panic in the once ballooning industry: major players are switching to less-regulated businesses, while there are signs that some small, less well-funded lenders might even leave the business.

Last week, a working group overseeing P2P lending risks under the China Banking Regulatory Commission said it will complete its first round of evaluations of all online microlenders by the end of January. Licensed lenders that fail to meet standards can still keep their operating licenses if they manage to fix their issues by the end of March, it said.

Companies operating without a license, or those with a license but found not to possess “operating qualifications” after a review, will be shut down, the document said. It outlined 11 key areas of evaluation, including borrowing costs, information security, loan management and collection methods.