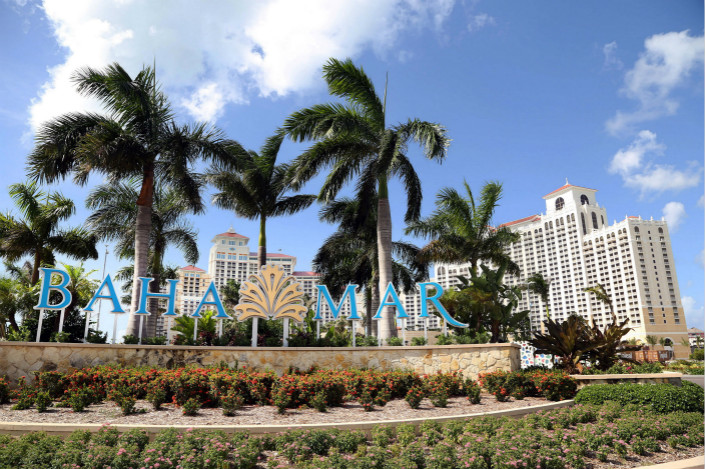 The $3.5-billion Baha Mar resort was advertised as the largest of its kind in the western hemisphere, with three luxury hotels, a casino, a convention center and an 18-hole golf course. Work started in 2011 and the resort was set to open in 2014. Photo: IC

The U.S. arm of China’s largest construction company is being sued for “massive fraud” for its role in building a luxury beach resort in the Bahamas.

The American subsidiary of China State Construction Engineering Corp. (CSCEC) — the contractor and construction manager of the Baha Mar resort — submitted “sham billings for hundreds of millions of dollars” and diverted the money for “other projects throughout the Americas and Caribbean,” then-project owner BML Properties Ltd. said in a statement on Tuesday.

For example, a $54 million advance paid in November 2014 to China Construction America Inc. (CCA) — CSCEC’s U.S. unit — was actually diverted to fund its purchase of the neighboring Hilton Hotel in Nassau, the Bahamas capital, according to the BML court document.

CCA has been the prime contractor on other large projects, including New York's City Hall, the 11 Times Square Office Building, and Building 92 and Building 77 at the Brooklyn Navy Yard.

Neither CSCEC nor CCA has responded to Caixin’s email request for comment. A person from CSCEC’s investor relations department told Caixin by phone that he hadn’t heard about the lawsuit, which has been filed in the New York State Supreme Court.

The $3.5-billion Baha Mar resort was advertised as the largest of its kind in the western hemisphere, with three luxury hotels, a casino, a convention center and an 18-hole golf course. Work started in 2011 and the resort was set to open in 2014.

Construction stalled in 2015 because of financial difficulties and mismanagement but resumed a year later as the Export-Import Bank of China (Exim Bank) — which had already lent $2.34 billion to the project — agreed to cover all remaining construction costs. It finally opened in April this year.

CCA may face more than $2.25 billion in liabilities for misleading and defrauding the plaintiff and depriving it of its investment.

Baha Mar is now operated by Chow Tai Fook Enterprises, a Chinese firm that acquired the resort from Exim Bank.