Hainan Cuts GDP’s Ties to Officials’ Performance, but Not Everywhere 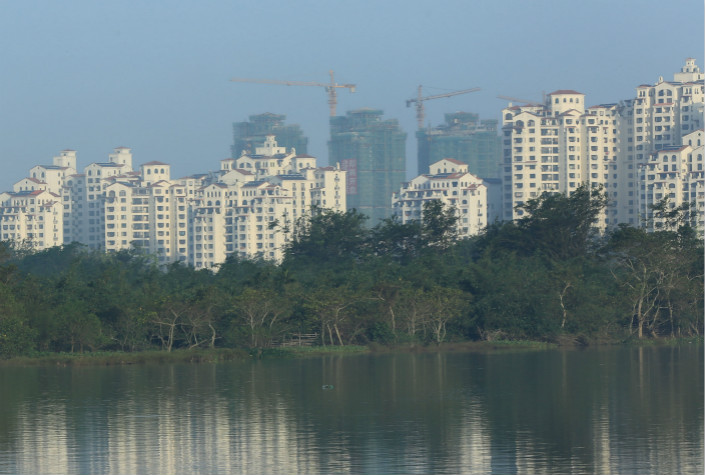 The Hainan provincial government has released revised guidelines for assessing government officials' performance that place more emphasis on protecting the environment. Above, a Hainan commercial housing complex is seen near the city of Qionghai on Nov. 14. Photo: IC

China’s southern Hainan province plans to stop assessing the performance of officials based on gross domestic product (GDP) targets, but the new policy won’t be implemented everywhere on the island province.

The provincial government released revised guidelines for assessing the performance of local officials that de-emphasizes economic targets in favor of environmental protection goals. The revised guidelines, released Monday, stated that officials will no longer to be required to meet targets for GDP growth, industrial investment and fixed-asset investment — but only in 12 of the 19 cities and counties in the province.

Liu Cigui, Hainan’s party secretary, said overhauling the criteria for assessing the performance of local officials is in line with the central government’s push for high-quality growth, which seeks to create growth in a more-organic and environmentally friendly way, according to the official website Chinanews.com.

However, skeptics say GDP targets remain too important to the world’s second-largest economy. For example, investment bank Goldman Sachs said China is unlikely to stop setting growth targets, though Hainan’s move suggested the GDP targets might be downplayed at the provincial level in some places.

For its part, Hainan has a history of putting growth ahead of the environment. On Saturday, a central government environmental inspection team issued a scathing criticism of the provincial government on that issue. The team said the expansion of some of Hainan’s cities into the coastal waters has caused tremendous damage to the environment.

The team accused Hainan’s government of getting too cozy with real estate developers, which filled government coffers at the cost of the environment. “The local government overwhelmingly relies on the real estate sector,” the inspection team said.