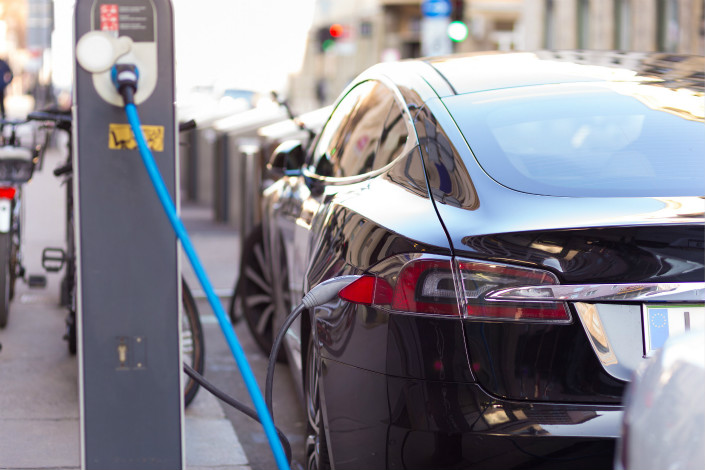 The Chinese government will continue to waive the current 10% tax on new-energy vehicles purchases until the end of 2020. The tax rebate was due to expire at the end of this year. Photo: Visual China

China will extend a tax rebate on the purchase of new-energy vehicles, reflecting the country’s ongoing efforts to boost the emerging sector.

The government will continue to waive the current 10% purchase tax on new-energy vehicles until the end of 2020, the Ministry of Finance said in a statement on Wednesday. The current tax rebate policy was due to expire at the end of this year.

New-energy vehicles include hybrid cars as well as those powered exclusively by electric batteries or hydrogen fuel cells.

The announcement spurred stocks in the sector to rise significantly on Wednesday. The share price of Shenzhen-based car manufacturer BYD Co. Ltd., for instance, rose 5.92% by close of trading.

The tax waiver was rolled out in 2014 and, along with other government subsidies, has helped make China the world’s largest electric vehicle market, with more than 500,000 units sold last year — almost half of global output.

But the years-long subsidy program has led to widespread fraud. An industry-wide investigation launched by regulators late last year found that companies employed a range of tricks to qualify for state support, including falsifying data.

Regulators are also concerned about overcapacity in the industry. Beijing launched a probe into the “low quality, blind expansion” in the electric vehicle sector in October, according to the Ministry of Finance.

Given the downsides, China plans to completely phase out the subsidy program by 2020. The central government will slash subsidies by 20% starting next year, instead of waiting until 2019 as originally planned. And subsidies provided at the local-government level will be completely phased out as early as next year, sources close to policymakers recently told Caixin

Beijing has instead opted for a quota system that will require all carmakers to ensure a certain percentage of sales come from low- or zero-emission vehicles, starting from 2019. The quota will be gradually increased, forcing automakers to buy “credits” from other producers for every conventional car they make.