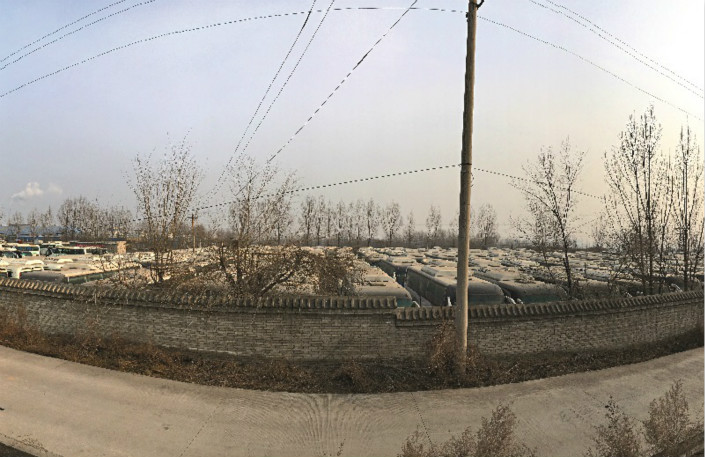 As passenger-free “ghost buses” haunt a city in Shanxi province this month, some local media are saying the spectacle is the result of an automaker’s trying to take advantage of new-energy vehicle subsidies.

A national rule compels carmakers to prove that a customer has driven a new-energy car at least 30,000 kilometers (18,640 miles) on the road before the manufacturer can apply for a subsidy for it. The rule was implemented after an investigation last year found that the subsidy system was being widely abused, with many carmakers making substandard vehicles in order to get their hands on lucrative handouts.

The purpose of this rule is to compel electric carmakers to show they are actually meeting market demand rather than simply producing products to collect subsidies, according to statements from officials of the Ministry of Industry and Information Technology.

But closing one loophole has opened another, of which one Nanjing carmaker appears to have taken advantage of, with the help of a Shanxi province tourism company.

In early December, “ghost buses” began to be seen in the Shanxi city of Linfen, local media reported. These electric buses, operated and owned by the Linfen-based Xinyu Tourism Ltd., have been running without passengers on the city’s streets for more than a month, locals told Caixin.

As early as late October, the unusual buses caught the attention of Linfen traffic police, who reported the vehicles to the local transportation bureau.

“We didn’t know what was happening at the very beginning, but the buses were being driven erratically, which we thought might pose a potential danger to the public,” said one local traffic officer who has inspected the buses.

Linfen’s transportation bureau summoned Wang Dongsheng, Xinyu’s chief manager, on Nov. 17. He told officials that the buses were being driven around to maintain their batteries, according to a record of Wang’s comments produced by authorities.

Authorities told Xinyu to stop what it was doing, but didn’t say whether the company had broken any rules.

But empty Xinyu buses were still running on city streets after their existence was reported by local media on Dec. 10, which was when accusations first surfaced that the firm might be aiming to exploit a loophole in the new-energy vehicle subsidy system.

A Xinyu driver told Caixin that all the drivers hired to drive the “ghost buses” have been on vacation since Dec. 11.

However, Wang has denied the company has hired drivers specifically for this purpose.

In an interview with Caixin, Wang said his company late last year bought 411 electric buses that Xinyu intended to use on the city’s public transportation lines, including routes between scenic spots, the city’s downtown and its airport.

Half of these buses were purchased from Nanjing-based carmaker Golden Dragon Bus Ltd., which at that time, before the introduction of the 30,000-kilometer rule, had not received any government subsidies.

But business has been poor, so only 60 buses are being regularly used while the 351 others have stood idle for around eight months, Wang said.

Xinyu began sending out the empty buses in August this year to get them ready for upcoming new business, Wang said.

Wang argued that electric buses that have been unused for extended periods have to be driven at least once a week to maintain the vehicles’ batteries.

However, industry technicians told Caixin that weekly maintenance would actually be harmful to batteries, and that their condition can be monitored without needing to have the buses hit the road.

In addition, a Caixin investigation found that Xinyu is controlled by a Shenzhen-based firm that purchased about half of Xinyu’s 411 buses from Nanjing-based Golden Dragon. The Shenzhen-based company is part of a local alliance of firms that has had business dealings with Golden Dragon before the bus purchase.

Because Golden Dragon had expected to receive a subsidy at the time it sold the buses to Xinyu, it had factored this into the sale in the form of a large discount. However, when this government handout became doubtful, the firm wanted to avoid losses.

When the 30,000-kilometer rule came out late last year, Golden Dragon signed a deal with Xinyu that said if the Linfen company didn’t help the carmaker hit the 30,000-kilometer target within two years, it would have to pay back an amount equal to the discount it had received.

This means that the burden of accumulating the 30,000 kilometers of on-road driving was shifted to Xinyu, people close to the Nanjing carmaker told Caixin.

The controversy has rattled the industry. That Xinyu simply ignored the local government shows the dilemma local governments now face as they don’t fully understand how the subsidy program works and their role in it.

Linfen transportation officials don’t think that Xinyu has actually violated any traffic laws. “Both these empty buses and drivers have attained necessary licenses, which means that we can’t seize them,” one official said.

The Linfen government has launched a probe into Xinyu and told the company that the mileage it has accumulated so far will be canceled.

But this may have no effect, as the carmaker for which Xinyu was racking up mileage is based in Nanjing. This means that the Nanjing government is responsible for monitoring the mileage, and the Linfen government has no jurisdiction over this matter.

“Though companies and governments are now equipped with remote monitoring technology, they are still not able to identify whether a bus is running empty or not,” said one person working at an electric bus company.

Industry executives are worried that subsidies — instead of market demand — have become the leader of China’s electric vehicle industry.

“Each time Beijing issues an adjustment and correction policy, companies can always find ways get around it. Regulation is becoming increasingly difficult,” one executive said.