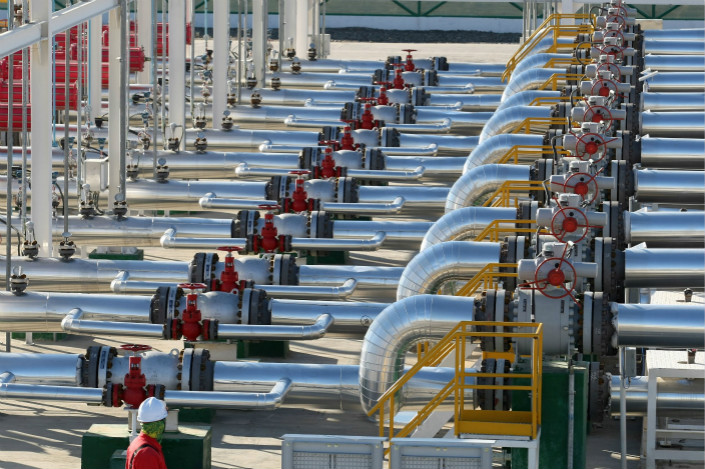 Natural gas imports into China from Central Asia fell for the third month in a row in November, exacerbating a gas shortage that has left thousands of northern Chinese households without heating amid harsh winter weather.

The year-end tapering of the gas supply comes after a year of unprecedented off-season demand from China, according to Li Yao, chief executive director of consulting firm SIA Energy. Outside of the traditional winter peak season, China’s gas imports through its Central Asian pipelines reached an unusual high in April. An average of over 100 million cubic meters were imported per day that month, due to factors including increased demand for gas for industrial uses and power generation, Li said.

In 2016, Turkmenistan supplied 29.8 billion cubic meters of gas to China, according to calculations by SIA Energy. In the first 10 months of 2017, the Central Asian country had already sent a total 29 billion cubic meters down the pipeline to China. “The off season was not ‘off’ this year,” Li said.

In 2007, state-owned PetroChina signed a gas purchase agreement with Turkmenistan for 30 billion cubic meters of gas per year for 30 years. Turkmenistan fulfilled nearly all of its supply obligations this year before the official northern Chinese heating season began on Nov. 15.

China’s demand for natural gas has surged this year amid a nationwide campaign to switch from “dirtier” coal-fired energy to “cleaner” gas. From January through November, the country’s consumption of natural gas was 19% higher than in the same period last year. The average annual growth rate in the 2012 to 2016 period was 11%.

At the same time, Turkmenistan, which currently exports most of its gas to China, has begun to consider exporting more natural gas to Europe through Russian pipelines. And in Uzbekistan, a domestic gas shortage has led the country to reduce the volume it exports.

But by November, the supply from the region had plummeted to 94 million per day on average, even dropping to as low as 9,000 cubic meters on a single day.

PetroChina Vice Chairman Wang Dongjin traveled to Uzbekistan on Dec. 18 to investigate the situation and meet with the chairman of national energy company Uzbekneftegaz, Alisher Sultanov, according to PetroChina. Sultanov apologized for the failure of Uzbekneftegaz to match the agreed-upon supply level, and said it will increase the supply as soon as possible. Sultanov also asked for technical assistance from CNPC to improve Uzbekistan’s gas supply capacity, PetroChina said.

Other personnel from PetroChina have also been sent to Turkmenistan and Kazakhstan to assess the situation and request more gas.