By Deng Yucong and Mo Yelin 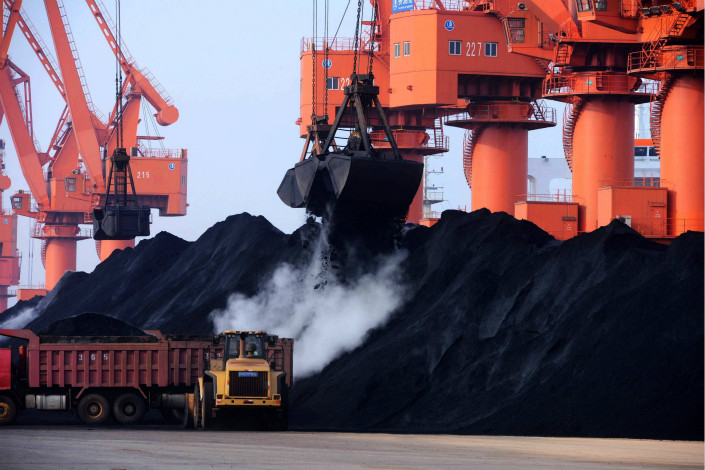 “Natural gas can’t meet demand during the heating season, which has led to this new need for alternative types of energy,” said Zeng Hao of Fenwei, a Shanxi province-based consultancy. Photo: Visual China

Some coastal cities in eastern China, including Shanghai, have begun to ease restrictions on coal imports, amid an energy shortage that has caused chaos during the key winter heating season, industry analysts told Caixin.

Power companies in Shanghai have received orders from the government that they can accelerate customs clearance of coal imports, beginning Tuesday, Deng Shun, an industry researcher at GF Futures Co. Ltd., told Caixin.

Similar orders were also issued to several other port cities in eastern China, according to Deng, who said that the stockpile shortage faced by power companies forced the government to act.

Industry experts have said that the obvious downside to Beijing’s recent “coal to natural gas” campaign — which has led to a heating crisis in the country’s north — spurred the easing of the coal import ban. Earlier this month, Beijing allowed some northern cities to burn coal after a shortage of natural gas and poor planning left thousands shivering in freezing temperatures.

“Natural gas can’t meet demand during the heating season, which has led to this new need for alternative types of energy,” said Zeng Hao of Fenwei, a Shanxi province-based consultancy.

As part of a clean-air campaign announced in 2013, Beijing tightened its grip on coal imports in April this year when the National Development and Reform Commission and 23 other departments issued new regulations for the sector. These included an increase in the time taken for customs clearance and a ban on parking coal shipments at some ports.

Still, from January to November, China’s coal imports rose 8.5% to 248 million tons, a total import value of $20.57 billion, which was a 72.2 % increase in value compared with the same period last year.

However, Zeng said the restrictions have had their intended effect. Coal imports were expected to decline by 50 million tons for all of 2017, he said.

Though China’s east has begun easing restrictions, both Zeng and Deng expect that other parts of the country, including the south, are unlikely to see such changes any time soon.