Cement Industry Cracked Up Over Price Spike of Key Component 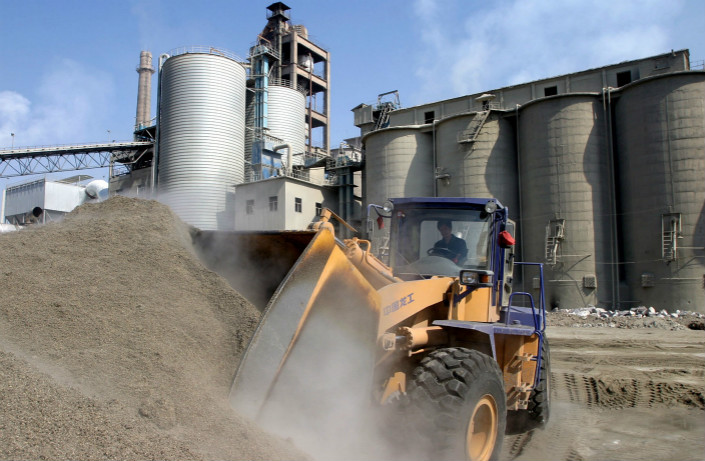 The surge in China’s imports of clinker, a component used in the production of cement, came as prices of domestically produced clinker have been increasing in recent months. Photo: Visual China

Chinese imports of clinker, a key component in the production of cement, more than quadrupled in the first 11 months of 2017, industrial figures showed, as soaring domestic prices made it cheaper to buy from overseas.

During the January-through-November period, China purchased 184,600 tons of cement clinker from abroad, more than four times the amount in the same period in 2016, according to data from dcement.com, an industry information provider linked to the China Cement Association. The association has more than 3,000 member companies.

Clinker is a nodule material consisting primarily of calcium silicates. It is ground into a fine powder and mixed with gypsum to produce cement.

Most of the imports were purchased from Vietnam by companies in Hainan, Shandong and Zhejiang provinces, as well as Beijing, according to the website. These are places where international transportation costs are lower than other parts of China because of their proximity to ports.

The surge in China’s imports of the component came as prices of domestically produced clinker have been increasing in recent months. Producers have blamed rising prices on a government campaign to limit the production of some heavy industries such as steel, aluminum and cement to reduce air pollution.

For instance, clinker prices in East China’s Anhui province and some areas of neighboring Jiangsu and Zhejiang provinces jumped by 50 yuan ($7.68) per ton on Dec. 5 to more than 500 yuan per ton, roughly double the average import price of 261 yuan per ton. The December increase followed 60 yuan in combined price increases over the previous two weeks, according to ccement.com, a cement industry information provider.

The price increases have sparked rising complaints from downstream industries. Last month, concrete industry associations in the city of Wuhan in Central China and the province of Guizhou in Southwestern China called on local authorities to intervene to curb concerted price increases by cement producers. In Xi’an, Northwestern China’s Shaanxi province, 22 concrete companies signed a public letter urging the city government to launch an anti-trust investigation into the cement industry.