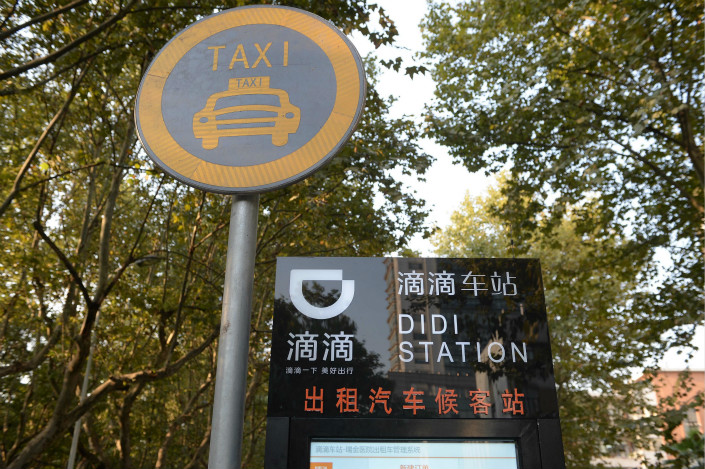 Didi Chuxing's buyout of Brazilian ride-hailing company 99 is only the latest in a series of Didi overseas acquisitions as the Chinese ride-hailing market becomes increasingly saturated. Photo: Visual China

The terms of the deal have yet made public, but the New York Times, citing anonymous sources, reported that the acquisition was worth $600 million. The Beijing-based Didi had already taken a minority stake in the Brazilian ride-hailing company in early 2017.

Founded in 2012, 99 has 14 million registered users in more than 400 cities across Brazil. The South American country — with a population of more than 200 million — is one of the largest battlegrounds for global tech titans Uber Technologies Inc. and Didi.

“We are confident that being part of Didi Chuxing will vastly enhance our capability to expand our services throughout Brazil to bring critical value to users, drivers and cities,” 99 CEO Peter Fernandez said in a statement.

Didi’s move came weeks after it netted $4 billion in a round of fundraising from a group led by Japanese telecom giant SoftBank Group Corp., giving the company an estimated valuation of $56 billion.

Didi, which was created by a 2015 merger between Didi Dache, which was backed by Internet titan Tencent Holdings Ltd., and Alibaba Group Holding Ltd.-backed Kuaidi Dache, has attracted dozens of global and domestic investors, including banks, private equity firms and Internet companies.

Facing an increasingly saturated market in China, where it has become the undisputed leader in the ride-hailing business, Didi has ventured further afield in recent years. For example, the company has expanded its alliance with international ride-hailing startups to Singapore’s Grab, Estonia’s Taxify, India’s Ola, and the Middle East’s Careem in addition to Brazil’s 99. Early last year, Didi invested $100 million in U.S.-based Lyft, Uber’s main rival at home.

Last month, Didi announced a partnership with Ledi Technology Co., allowing the Taiwan company to use the Didi brand and platform on the island.

“Didi, which now has around $15 billion available in its capital budget, will no doubt be able to extend its global footprint in the near future in order to launch an all-out fight with Uber,” said blogger and industry analyst Wang Guanxiong.

Wang added that the worldwide war between Didi and Uber has only just begun, even though the two companies reached a truce in China after Uber’s operation in the country was merged into Didi in 2016.