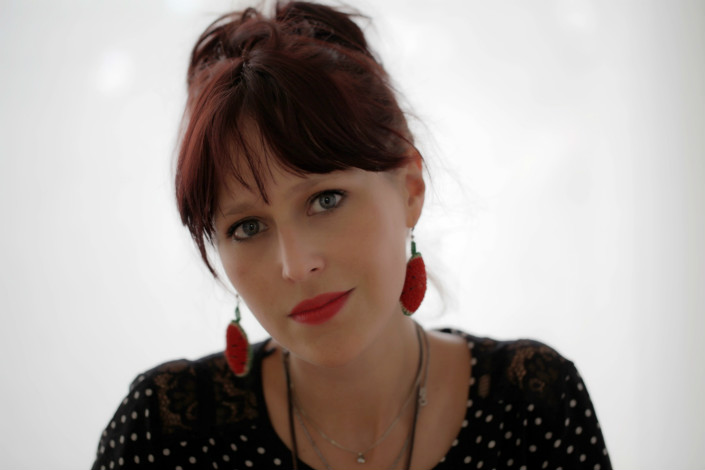 Manya Koetse is founder of the “What’s on Weibo” website, which offers English-language social, cultural and historical insights into trending topics of China. Photo: Manya Koetse

Is Chinese social media better at handling fake news than Facebook is? Is it a true measure of what really matters to ordinary Chinese, or is it just flush with gossip on celebrity hookups and divorces?

These are questions that Dutch Sinologist Manya Koetse is asked every day. As the founder of the “What’s on Weibo” website, she is glued to Chinese social media, and says she starts scanning what’s trending the moment she wakes up.

“In China, it’s a bit tricky to spot what’s trending because many of the important topics are discussed in private WeChat groups and they cannot be searched and aren’t open to the public,” she said, referring to the popular Chinese chat app that initially mimicked WhatsApp and Facebook but has become more versatile in recent years.

“I have a few contributors who recommend certain topics that are being discussed in their WeChat groups or their friend’s moments. I’ll also check the top 20 trending topics on Weibo, and the most frequently used search terms.”

Weibo is China’s Twitter-like microblogging platform, with over 340 million active monthly users as of May, when it surpassed Twitter’s global user base.

“If I spot a topic that’s interesting, I’ll start writing immediately, even before having breakfast,” she said.

“What’s on Weibo” now serves as a window for the English-speaking world to access what’s hot on the Chinese Twitter-sphere.

The website, which attracts over 200,000 unique visitors per month on average, is still a one-woman operation. Koestse has even put her Ph.D. on hold to run the news site. She also speaks to businesses who want to understand why China is becoming a digital pioneer.

“Many business leaders (in the West) are intimidated by China becoming a major digital player with the rise of Alipay, WeChat, etc., and want to reassure themselves that the gap isn’t too much,” she said.

On the issue of fake news, Koetse says, “I think there is more general awareness about fake news in China,” she said. “When something starts trending, often people start asking the right questions, like where it’s from, and why. In general, the Chinese public seems to have a more-critical attitude than what I see on Facebook.”

Caixin spoke to Koetse on the top trending issues on Weibo in 2017, and whether Chinese social media have created a vent for netizens to talk about issues that are at times ignored by official media. The following is an edited excerpt:

Caixin Global: What inspired you to start “What's on Weibo”? What's the threshold that differentiates something that’s going viral from something that is just popular?

Koetse: My interest in China started at an early age. I remember reading books about Chinese history and the Cultural Revolution at the age of 12 and 13. It was much later that I decided to start studying Chinese and move to Beijing to deepen my knowledge of Chinese language and culture. After studying at Peking University and finishing my China studies research master’s degree at Leiden University, I remained interested in what’s going on in Chinese society.

When I lived in Beijing, and also during the times I spent studying Mandarin in Shanghai, what I found most interesting was just to walk the streets and spot new things — look at shops, people, fashion, new buildings, funny daily scenes, and listen to conversations at the barbershop or bike repair place. When I was back in Amsterdam, I missed those things. And I then discovered that Chinese social media platforms are a useful instrument for touching upon issues that signal social change and developments. They provide valuable insights into the issues that matter to people and are a representation of Chinese society. This is why I started following China’s digital developments and trending topics as a way to keep a finger on the pulse of everyday China. It was the start of my website “What’s on Weibo.”

In a similar way in which I used to roam the streets of Beijing and pay attention to the details of everyday life, I now scroll through Weibo, WeChat and sites such as Zhihu, and closely follow what people are discussing and what new trends are surfacing. But still, every five or six months or so, I go back to China to walk the streets of Beijing — they now feel like home to me.

There are hundreds of topics that are being discussed on Chinese social media networks every day, and we cannot write about everything. If I or one of the “What’s on Weibo” contributors thinks a topic is interesting enough to write about, and when we notice it is attracting hundreds of shares and comments on Weibo, we will cover it. We would usually write about topics that signal bigger social trends or shifts.

Besides personal interests and curiosity about Chinese society, there is also a bigger ambition behind the launch of “What’s on Weibo.” Many people do not speak or read Chinese, and I encounter many people who have no idea what Weibo is, even though it is one of the largest social media platforms in the world. What I want to do is form a bridge between Western media and Chinese media by explaining what is trending in Chinese media, what netizens are saying, and why the topic is important to them. This helps to create more understanding between China and the West. Even if I can play just a very tiny role in creating this understanding, I am already content.

Can you highlight the five trending topics on social or business-related issues that have gone viral last year and dissect why they touched a nerve with the public?

While “#Metoo” was the big social campaign in Western countries in 2017, you could say that 2017 also saw a bigger social movement in China — not of women standing up against harassment, but of netizens standing up against corporate injustice. Many people were angered when a doctor on Weibo exposed how Baidu Maps, when users were looking for a city hospital in Shenzhen, provided the address of a private hospital run by the controversial Putian Medical Group. The forced aggressive removal of a passenger from a United Airlines flight also became a big issue on Chinese social media. And the final weeks of 2017 were dominated by netizens exposing alleged child abuse at the Ctrip kindergarten and the RYB kindergarten. Topics like this become enormous and led to more exposures and massive boycotts — it is more than “me too”; it is “us too.”

Something else that was especially visible in 2017 was the rise of a “cooler” popular culture in China; Chinese dramas, films, and TV shows are becoming increasingly bigger and better, and more appreciated by netizens. Think of the success of “In the Name of the People” (“Renmin de Mingyi”), “Game of Hunting” (“Liechang”), the films “Wolf Warrior II” and “Youth,” and TV hits such as “The Birth of Actors” or “Battle for the Heavenly Voice.” Chinese television used to be filled with old-fashioned and often boring war dramas; now it speaks to the country’s post-’90s generation.

When you compare Twitter with Weibo, what are the differences you see?

Although Weibo is often called “the Chinese Twitter” in Western media, these platforms are actually very different, although they both have their strengths. Differences in censorship policies aside, Weibo is more hybrid, and is more like a Twitter, Facebook, Goodreads, IMDb, Medium, etc., all rolled into one.

Weibo is also more multilayered and versatile in other ways; it is a place where netizens, companies, KOLs (key opinion leaders), NGOs (nongovernmental organizations), government institutions, etc., all interact much more with each other than they do on Twitter. Many things that go viral on Weibo also started on Weibo, whereas Twitter topics often relate to news or events that take place outside the platform itself.

Have you seen any examples where a topic that goes viral on Weibo has led to changes in the real world, either in terms of policy or otherwise?

There are many examples of how discussions on Weibo influence offline events, but one story that is still impactful is that of “Brother Watch,” Yang Dacai, in 2013; the official who stood by the road smiling after a big accident had just occurred. It rubbed netizens the wrong way, and they started looking into who this man was and why he was wearing expensive watches. It eventually turned out he was corrupt, and he was sentenced to prison. A similar thing, though not as big, also happened in 2017 when a reporter posted a smiling selfie at the scene of a horrifying road accident and was then widely condemned on social media. She lost her job as a result.

The collective campaigns against corporate injustice, as mentioned before, also often change the status quo that netizens are protesting against.

You also see that every year, the Yulin Dog Meat Festival becomes an increasingly heated topic of debate on Chinese social media, with more and more netizens condemning the festival. These discussions eventually might change the actual event.

How does Weibo compare with official media? How important is it as a source of news for China-watchers?

You cannot really compare Weibo with official media, since official media have a strong presence on Weibo — they actually also play a big role on the platform. Accounts such as Global Times or People’s Daily have millions of followers.

Weibo facilitates discussions that go beyond official media. In the summer of 2017, for example, Chinese online regulators listed homosexuality as an “abnormal sexual behavior,” and discussions about gay rights and emancipation erupted on Weibo. Interestingly, a branch of the Communist Youth League then spoke out on Weibo in support of China’s lesbian, gay, bisexual and transgender community, much to the surprise of many netizens who cheered the post on. This example is one of many that shows what a rich platform Weibo is, giving room for various voices in Chinese society.