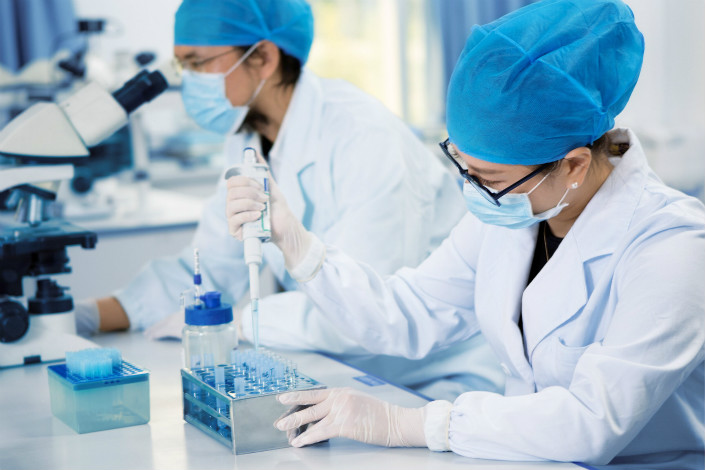 Genetron Health (Beijing) Co. Ltd. plans to seek additional investments this year in addition to the $61.5 million it announced this week, but is mum about whether it plans an initial public offering in Hong Kong, where the bourse has lowered the listing threshold for biotech companies with valuable core technology. Photo: Visual China

A Beijing-based company that employs gene detection for cancer treatment has secured more than 400 million yuan ($61.5 million) in its latest round of fundraising.

Genetron Health (Beijing) Co. Ltd. said Thursday that it will use the funding to further commercialize its products and gather clinical data.

Because of the falling cost of gene testing and the large number of cancer patients in China, there is a huge potential market for cancer-gene detection businesses, said Liu Fan, general manager of a health care investment fund under China International Capital Corp. (CICC), which led the investment in Genetron.

Genetron said that it has an “absolute advantage” in detecting genetic problems that can lead to brain tumors, and has been expanding to other sectors, including respiratory and digestive tract cancer.

Even if only 50 million people, or less than 4% of China’s population, use the service each year, the market for cancer-gene detection will be worth tens of billions of dollars, according to projections by Sinolink Securities.

Investors have flocked to support the promising sector. Gene detection firms in China raised $444 million in the fourth quarter of 2017, up by 174% from a year earlier, according to China Renaissance Group, the financial advisor for Genetron’s latest fundraising.

Genetron plans to seek additional investments this year, but didn’t respond to questions about whether it plans an initial public offering in Hong Kong, where the bourse has lowered the listing threshold for biotech companies with core technology that is worth more than 1.5 billion yuan.

The company has not disclosed its valuation.

Although the industry is expected to grow quickly, Genetron said that the market has not fully recognized the value of the technology, and companies in the industry have also suffered from a lack of talent and unified industry standards.