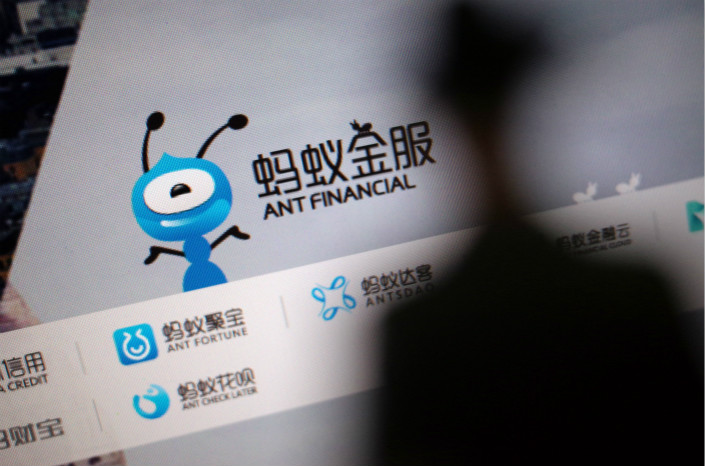 Ant Financial Services Group has dominated the market for consumer loan-backed asset-backed securities through its two online lending services, Huabei and Jiebei, who accounted for 91% of total issuance in 2017 with the sale of 236.3 billion yuan of securities, according to China Securitization Analytics data.

Sales of debt backed by consumer loans, one of the main fundraising channels used by China’s online lenders to expand their business, have slumped in the wake of a government clampdown on the country’s unruly microlending industry.

Sales of such products, known as asset-backed securities (ABS), slid to 11.7 billion yuan ($1.8 billion) in December 2017 after hitting a record high of 51.2 billion yuan in November, according to data provider China Securitization Analytics (CSA). No ABS backed by consumer loans have been issued so far this year, the data show.

Ant Financial Services Group, an affiliate of e-commerce giant Alibaba Group Holding Ltd., has dominated the market for consumer loan-backed ABS through its two online lending services, Huabei and Jiebei, who accounted for 91% of total issuance in 2017 with the sale of 236.3 billion yuan of securities, according to CSA data. But after issuing 44.2 billion yuan of ABS in November and 32.8 billion in October, their sales in December plunged to 11.1 billion yuan.

Other players in the market include JD Finance, an affiliate of e-commerce group JD.com Inc., consumer electronics maker Xiaomi Inc., and internet giant Baidu Inc., according to the Asset Management Association of China.

Sales of consumer loan-backed ABS issued by companies surged by 310% in 2017 to 258.5 billion yuan, according to CSA data, as online lenders ramped up their business. But the rapid growth of the microlending sector, which operates mainly via the internet and provides individual consumers with short-term loans often at high interest rates, raised concern among regulators.

Regulations announced on Dec. 1 aimed at taming the sector have put a severe squeeze on the ability of lenders to raise funds to expand their business.

Lenders are now obliged to consolidate asset-backed securities onto their balance sheets, which has limited the amount of funds they can raise. Previously, lenders were shifting loans off their balance sheets through the issuance of ABS, which allowed them to circumvent regulations that cap the ratio of debt to capital and issue more loans.

In addition, financial institutions supervised by the banking regulator have been barred from buying ABS backed by cash loans, so-called campus loans and mortgage downpayments for inclusion in asset management products they manage or issue, effectively closing off a big chunk of demand for such products.

Local brokerages also received a notice from the China Securities Regulatory Commission, asking them to suspend consumer loan-backed ABS issuances, a source with knowledge of the matter told Caixin in early December.