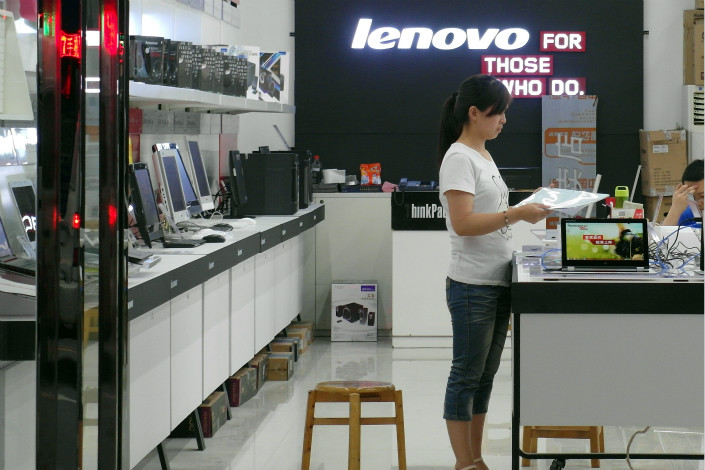 Chinese high-tech giant Lenovo lost further ground to worldwide PC leader HP in the final quarter of last year, as it struggles in the face of a globally sluggish market and lack of traction for its newer mobile devices, according to new data released on Friday.

Lenovo Group Ltd. shipped 15.7 million PCs in the last three months of 2017, unchanged from a year earlier, according to data tracking firm IDC. But because it failed to keep pace with the overall market’s 0.7% growth, the company actually saw its share of the global market fall slightly to 22.2% from a previous 22.4%.

Its weak performance contrasted with a resurgence for HP Inc., whose 8.3% growth during the quarter helped to boost its market share by nearly 2 percentage points to 23.5%. Lenovo previously stole the global PC crown from HP in 2013, only to relinquish the title back to HP last year. HP has continued to consolidate its leading position since then.

“(Lenovo) continued to weather tough conditions in the U.S. as it works through management transitions and channel changes,” IDC said. “Outside of the U.S., Lenovo made solid gains growing 3.9% year-over-year with solid notebook shipments during the quarter.”

Lenovo has struggled in the last two years as the global PC market matures and it fends off HP. At the same time, the company’s newer lines of smaller, wireless products like smartphones and tablet computers have failed to find a stable audience in the fiercely competitive global market.

The company unveiled a number of new PCs ahead of a major consumer electronics show in Las Vegas this week, though it was far more muted in the smartphone arena. It reported a loss in the middle of last year, but returned to profits in its latest reporting quarter. At that time it said it provided data that showed its smartphone business was starting to stabilize.

The turmoil at the company has taken a toll on its stock price, which now trades near seven-year lows. The shares were up about 0.7% midway through the Friday trading day in Hong Kong.